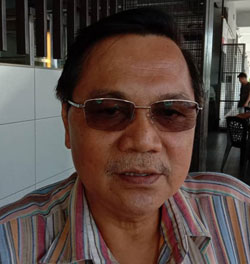 MIRI: The petition calling for the Education Ministry to lower the passing mark for the Additional Mathematics paper in the Sijil Pelajaran Malaysia (SPM) examination may compromise the standard of education in the country, says an academician.

Former school principal Marcus Hugo does not agree with the proposal, believing that it would just enable more students to pass the subject at the expense of the SPM standard.

According to him, the Examination Board of Malaysia has a system to determine the range of marks for the grading of every subject – the passing mark or score distinction is finalised after the necessary analyses are completed.

“It is a tedious process, but it must be strictly complied with to maintain reliability and confidence in the examination grading system.

“The issue is how low the passing marks can be set for the various subjects.

“I believe the authority concerned may have to consider many factors before making the decision.

“However I do believe that it is important to benchmark our standards against those recognised worldwide like by Cambridge Examinations Syndicate.

“That will give confidence and credibility to the grades obtained by the students,” he said when contacted by The Borneo Post yesterday.

In this respect, Marcus reiterated his stand against simply lowering the passing marks for certain SPM subjects.

“This is definitely not good, as it doesn’t give the true reflection of the standard. We should know our position and accept the reality.

“There must be a real concerted effort by all parties to improve the quality of our education so that the gap will not be too far compared with other countries.

“A good-quality education will ensure that our people and their ability as well as capacity, would be on par with others on the international stage,” he said.

The petition called for the passing mark for SPM 2019 Additional Mathematics paper to be ‘Five’, and a score of 50 for an ‘A+’.

It was set up following complaints about the paper being ‘too hard’ – ‘so hard that it took teachers one hour to complete two questions’.