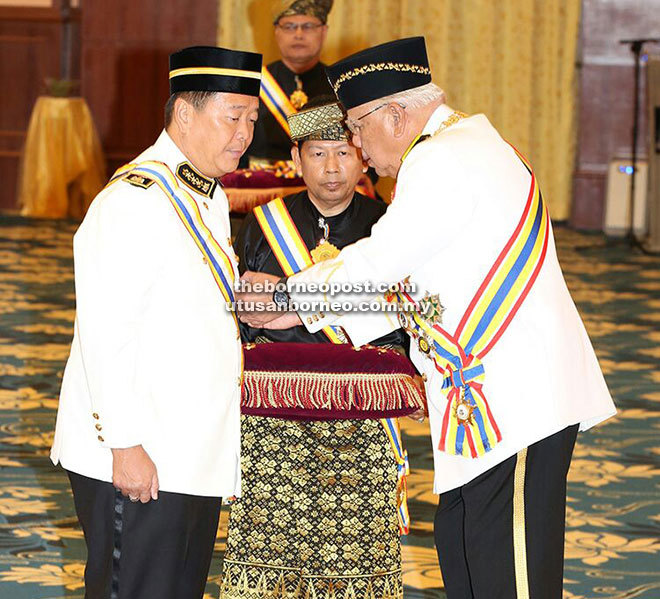 Lai, 56, served as the mayor of Sarawak’s second city for seven-and-half years, beginning Feb 14, 2009. He spearheaded several major initiatives for the city throughout his tenure, including the push to make Miri a ‘green city’ by engaging both members of the public and major supermarkets to use eco-friendly bags.

With his background in law, Lai is an honorary advisor to a host of associations in Miri, as well as having held executive memberships in various organisations such as Curtin University Sarawak council and management board, Miri Civic Centre, Miri Port and Sarawak Advocates Association.

The list of award recipients at the investiture ceremony in Melaka was led by Sarawak Chief Minister Datuk Patinggi Tan Sri Adenan Satem, who was among the 11 individuals conferred the ‘Darjah Gemilang Seri Melaka (DGSM)’ award, which carries the title ‘Datuk Seri’.