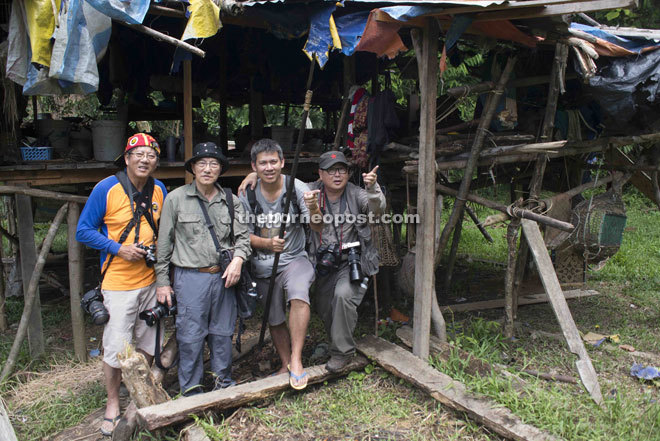 Hon Choon Kim (second left) during one of his numerous trips to Penan villages with his photographer friends. 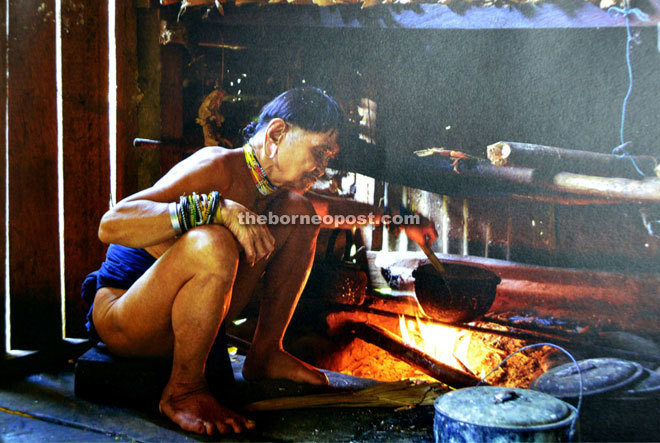 Hon said he learned more about the Penan’s nomadic lifestyle and unique culture which opened his eyes. 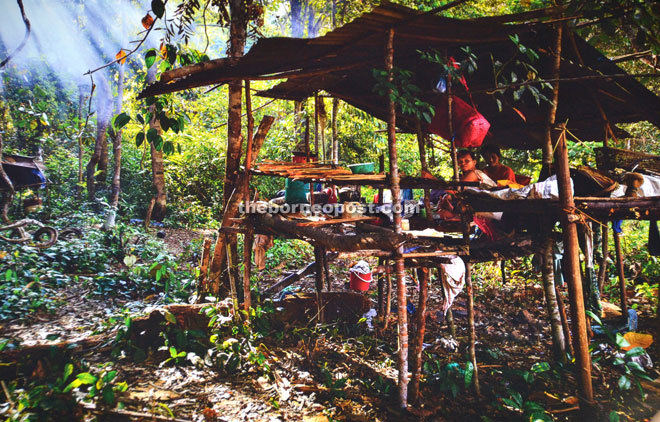 The 68-year old former deputy minister of education strongly believes that photographers also bear the responsibility to capture the unjust social happenings so as to initiate a change for the better. He hopes to raise awareness of the nomadic tribe. 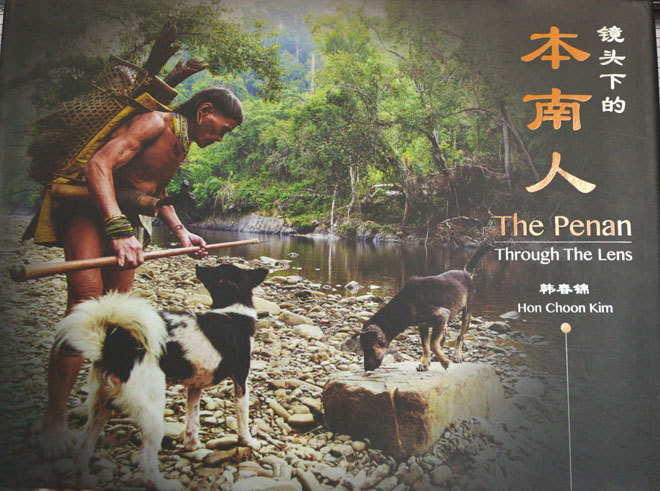 Selling at RM100 each, Hon’s book of photographs – The Penan Through The Lens – is now available in bookstores and part of the proceeds of the sales will be contributed to the nomadic tribe to assist the young Penans in education.

MIRI: After years of photographing and documenting the lives of the Penans, former deputy minister of education Datuk Hon Choon Kim has finally released his second book of photography, ‘The Penan Through The Lens’, and with the new book he hopes to raise funds to assist the forgotten nomadic tribe.

An avid photographer, the 68-year-old retiree with a heart of gold first stumbled on a chance to visit a Penan village in 2010 when he saw several photos of Penans posted by the then president of Miri Photography Society (MPS), Siew Tick Chai.

“Living primarily in West Malaysia, I did not have much exposure to the natives who live in the rainforests of Sarawak. As much as I was particularly curious about this nomadic tribe, I’ve learnt more about their nomadic lifestyle and unique culture which really opened my eyes,” Hon is quoted in his book.

In the past five years, Hon had travelled numerous times to Penan villages in Long Seridan, and captured thousands of photographs that tell the culture and customs of the Penan people.

“This book of photographs faithfully records the life of Penan people, the challenges during the time of living with them, mosquito bites as well as other insects, while living at some of the villages without water and electricity which takes hours of walk to reach, nonetheless, I have enjoyed every single trip and every moment, as the Penans have already had an important place in my heart.”

Hon also took the opportunity to share his thought: “Besides taking photographs, I strongly believe that photographers also bear the responsibility to capture the unjust social happenings so as to initiate a change for the better. I agree with Lewis Wickes Hines, an American photographer, when he pointed out that photography should not just capture beautiful things but also things that need to be changed.”

In the 151-page book, Hon has carefully chosen 118 photographs and written eight short chapters in two languages – English and Mandarin – to tell the story of the Penans.

“Although the story of the Penans can never be expressed by all the writings and the photos that I took, I hope that this photo book succeeds in creating awareness of their situation and future among the readers.”

Selling at RM100 per book, Hon’s ‘The Penan Through The Lens’ is now available in bookstores.

Part of the proceeds of the sales will be contributed to the nomadic tribe to assist their young in education.