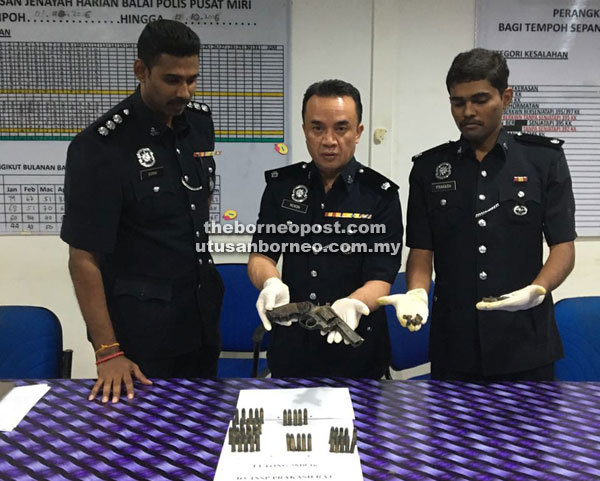 MIRI: A retired policeman made the shocking discovery of a revolver and 50 bullets hidden near the Lutong riverbank behind Miri bazaar yesterday.

The 64-year-old and his son were trying to find a good fishing spot in the area when they chanced upon a plastic bag around 9.50am.

Upon checking they found inside what is believed to be a .38 Smith & Wesson revolver and the bullets.

Miri police chief ACP Khoo Leng Huat confirmed that the former traffic police officer, who was stationed in Kuching, immediately made his way to the Lutong police station with the weapon and ammunition to file a report.