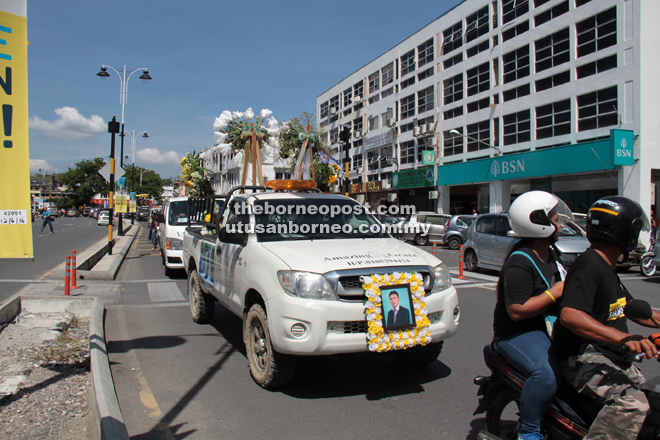 MIRI: News of Bill Kayong’s death reached friends and relatives, some coming from Indonesia and also as far as the Middle East.

He arrived here specifically for the funeral.

“My flight was delayed for an hour-and-half in Doha, but I’m grateful to finally be able to reach Miri to give my last respects to Bill,” she said.

Norina has been in Oman for over a decade, working for an oil and gas company based in Muscat. She was involved in several campaigns together with Bill before.

She lamented the loss of a close and dear friend.

“I understand the magnitude of his struggles in politics and him being the defender of Dayak rights — truly I do,” she added.

Hundreds of Sarawak Dayak Association (Pedas) members and supporters across the state also came to pay last respects to their former secretary. They were joined by comrades from Gagasan Anak Dayak Sarawak (GADS), Miri Dayak Association (DAM) and other Dayak NGOs from all over Sarawak.