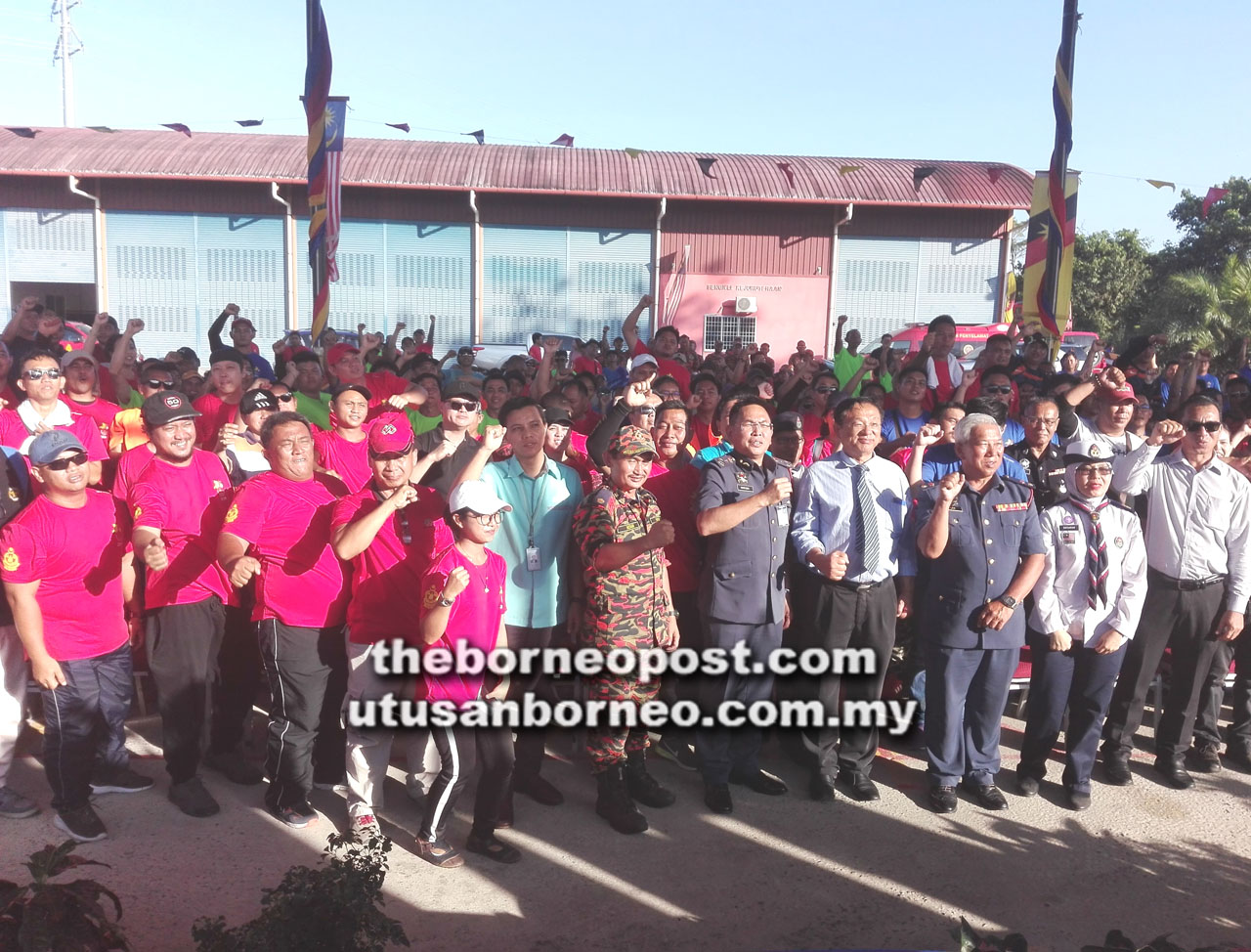 Dr Teo (fourth right), flanked by Khirudin and Law (left), in a photo call with participants at the start of the event.

MIRI: The role of an organisation’s emergency response team (ERT) is crucial as they are the first to take immediate action in the event of an emergency.

Miri MP Dr Michael Teo said the efficiency and effectiveness of ERTs in dealing with an emergency will determine the severity of the incident, not only to the organisation itself but also to the surrounding community.

“Emergencies often happen when organisations are not prepared to deal with it, thus making the situation worse.

The event saw the participation of ERT teams from various organisations in Miri, which Dr Teo said showed the commitment of the organisations in minimising the chance of an untoward incident happening, as well as limiting the damage in the event such an incident occurs.

“I believe the objective of this programme has been achieved where all emergency response teams are well prepared with the knowledge and experience to deal with an emergency,” he added.