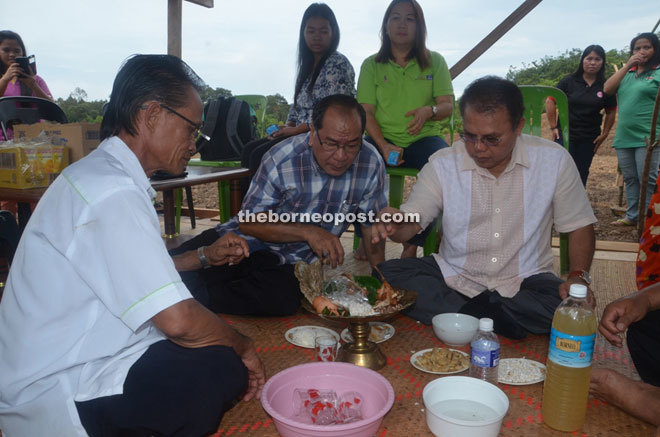 Entulu made the clarification yesterday to clear the air following media reports that certain quarters in Tamin constituency wanted either him or Dr Ali Puji to be nominated for the seat.

Setting the record straight once and for all, Entulu said: “I am not interested and not going to contest in Tamin seat this coming state election. There is no necessity for me to stand.

“I am already an MP and Minister in the Prime Minister’s Department. With someone becoming an ADUN (state assemblyman), together both of us will be able to work closely for the people.”

Meanwhile, civil and structural engineer Christopher Gira had been tipped to contest the seat after the incumbent Datuk Joseph Mauh decided to retire after 25 years in politics.

On the accusation that he had not been doing much for Tamin, Entulu, who is Selangau MP, said he did not wish to list out his achievements for the constituency, adding it was unhealthy to make comparisons,

But if there were those still accusing him of not bringing development, Entulu said he would then list out the development projects.

On the implementation of ‘Projek Mesra Rakyat’ (PMR) 2015, he admitted there had been a slight delay.

He revealed that there were PMR 2015 projects being implemented this month, which were expected to be completed in three months’ time, and PMR 2016 projects would start soon.

“In the next two or three days, the list of PMR for 2016 will be ready and will be forwarded to State Development Office for approval.”

Among those present were political secretary to Minister in the Prime Minister’s Department Chumang Nyambong, Penghulu Balai Gara and Penghulu Michael Jelani.