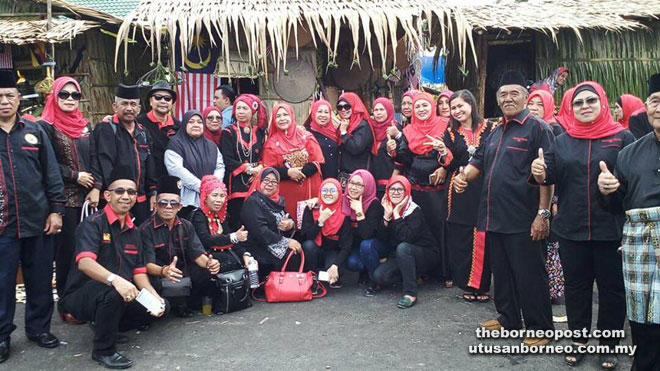 The Kedayans from Brunei and Miri gather for a group photo. 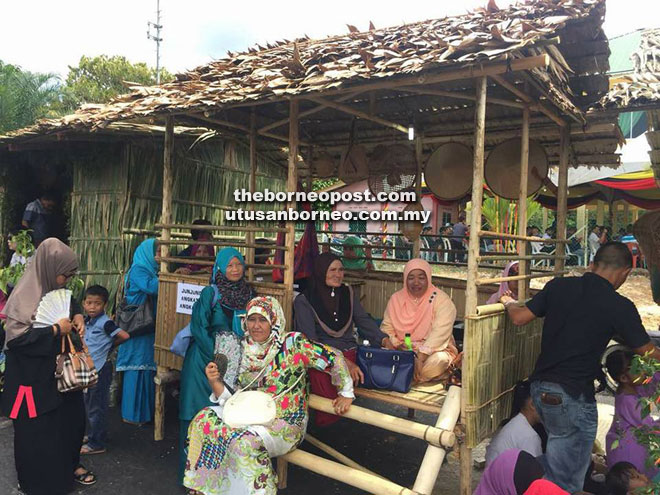 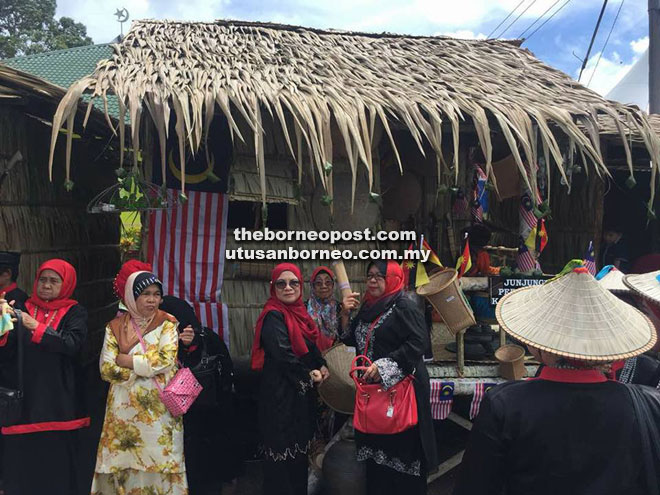 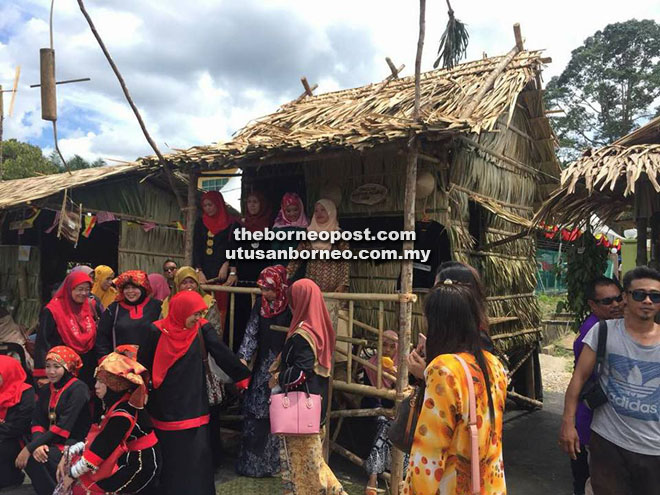 This ‘junjung’ is made from bamboos, with ‘nipah’ roofing. It is a typical design for a traditional Kedayan hut built at the paddy field. 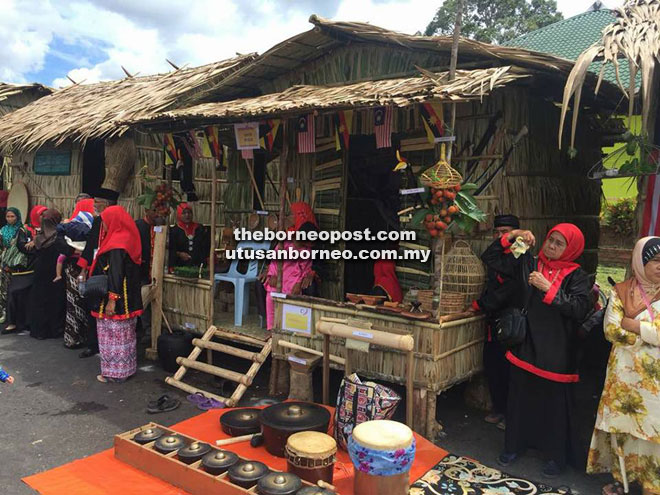 This ‘junjung’ by the group from Kampung Pintasan in Tiris is elaborately decorated.

MIRI: The young Kedayans of today must uphold their tradition such as the rituals in ‘Makan Tahun’ (annual grand feast) in that it marks their identity as one of many ethnic groups in Borneo.

In this regard, local Kedayan leader Penghulu Salim Ibrahim discloses that many young Kedayans do not even know what a ‘junjung’ looks like.

A ‘junjung’ is a traditional Kedayan farm hut, usually built at paddy fields or along the coastline near their villages.

Even today, the majority of the Kedayans here and in Bekenu, Sibuti are farmers and fishermen.

“We must continue to preserve our customs and culture of the Kedayans, who are scattered across Borneo – there are even some who are living in Peninsular Malaysia.

“These things are the legacy of our forefathers. Many Kedayan youngsters have been brought up only to see modern brick-and-concrete houses that they don’t even know what a ‘junjung’ is.

“That’s why I’m very happy to see that the organiser of this year’s ‘Makan Tahun’ is running a ‘junjung’ showcase – complete with various accessories like the ‘tekiding’, ‘parang’, ‘terindak’ and other heirloom items of the Kedayans,” Salim told The Borneo Post when met during the festival at Kampung Danau in Bekenu last weekend.

It is learnt that 13 Kedayan villages from across Bekenu and the Miri Kedayan Association brought their own versions of the ‘junjung’ for the showcase, which attracted many curious visitors – locals and foreigners alike.

Some of the ‘junjung’ were built using bamboos, while several others consisted of wood from jungle trees or betel nut trees.

All of them had ‘nipah’ (palm frond) roofing – staying true to the design of the olden days.

This year’s ‘Makan Tahun’ gathered Kedayans not only from across the state, but also those from Sabah, Labuan and Brunei.

The visitors enjoyed a myriad of activities such as presentation of traditional Kedayan songs and music, ‘bermukun’ (ensemble

of singing, dancing and instrument-playing) and ‘bergendang’ (traditional drum performance), as well as the main grand feast.