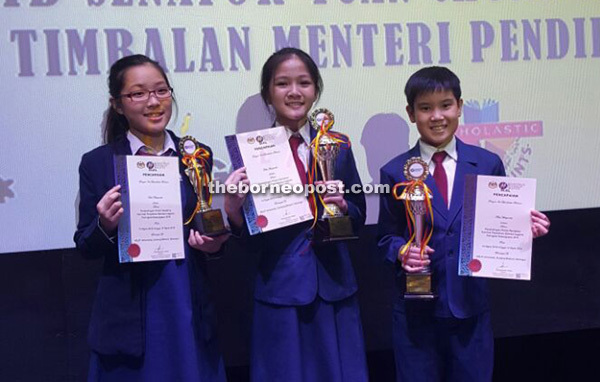 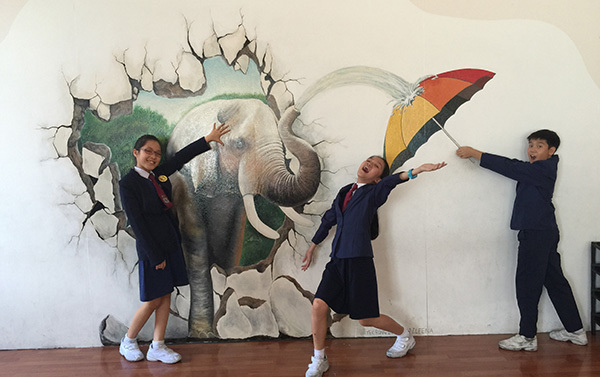 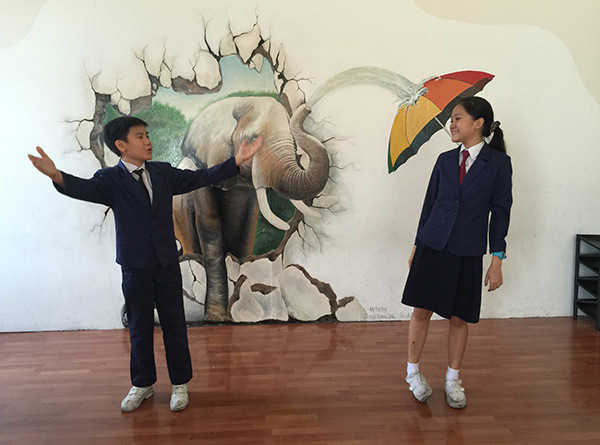 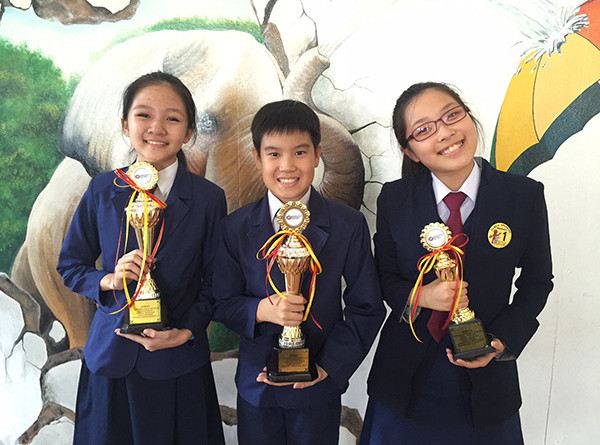 KUCHING: When Emanuelle Wong Yuan Yu was six years old, she was chosen to deliver a speech during her kindergarten’s graduation ceremony on her experience of studying at the kindergarten.

Now a 12-year-old student at SJK St Paul, Emanuelle has added another feather to her public speaking cap having recently won the national-level National English Unity Carnival – Public Speaking Competition which was held over three days from Aug 12 to 14 at HELP University Subang 2 Campus in Selangor.

“For this competition, I worked really hard to prepare myself and knew that I have to step up my game because I would be facing other students from different states around Malaysia,” she told thesundaypost when met at the primary school along Jalan Green here.

To prepare herself, Emanuelle practised by delivering impromptu speeches daily and sought guidance from her former primary school senior, Abel Law, who is also a former champion at the same carnival eight years ago.

“He really helped me with my speech and also gave me some ‘tough love’ to ensure that I was well-prepared for the competition.”

During the competition, Emanuelle admitted that there were butterflies in her stomach while waiting for her turn to face the judges.

“I was nervous then but I told myself to be confident and just took deep breaths to calm myself down.”

But when the time came, Wong’s nerves faded away and soon she was on stage delivering her speech entitled ‘Boo! Did I Scare You?’ which focused on the determination of overcoming fears.

Apart from a prepared speech, the charming lass had to deliver a four-minute impromptu speech, which she admitted made her even more nervous due to the spontaneity.

“The judges gave me the theme ‘The Best Time of The Year’ and I decided to talk about the Mooncake Festival which falls on my birthday and I also talked about how the festival brings the relationship between family and friends closer.”

Emanuelle clearly wowed the judges who voted her as the winner of the Public Speaking Competition.

“I felt really happy and proud that my hard work paid off and I also could not have done this without the support and help from my teachers, my family and of course, Abel,” expressed the exuberant girl who won herself a trophy, certificate as well as voucher from Legoland Malaysia.

Emanuelle also relished in her achievement alongside her two other schoolmates Shana Elizabeth Law Shen Yee and Joshua Jordan Silas who won in the ‘Poetry Recitation’ category.

The two 11-year-olds won the heart of the judges with their poetry entitled ‘Coffee Shop’.

“Our poetry is about patience and it centred around people in the coffee shop.

“People tend to think that the nice thing about a coffee shop is the food.

“It’s not really about the food but also about the people taking their time when they are there.

“If you’re going as a customer, you have to queue up and wait for your food. That is being patient and that is a good thing,” explained Shana whose brother is none other than Abel.

Joshua concurred and pointed out that though both he and Shana did not know what poetry was initially, they had only two weeks to prepare after they were informed by their teacher that they had been selected to participate in the competition.

“Abel was really kind to help us out by teaching us how to deliver the poetry without emotions and he was the one who wrote the ‘Coffee Shop’ poetry,” he remarked.

Asked what it felt like to be able to emerge as champions for the competition, Shana described it as “a great feeling even though the competition was tough. The lively duo, who won themselves a trophy, certificate as well as vouchers from Legoland Malaysia, even plan to join more competitions similar to this in the future.

The national-level National English Unity Carnival saw around 400 primary and secondary school students nationwide participating in seven categories in the competition which was organised by the Ministry of Education.

Emanuelle, Shana and Joshua were the only three from Kuching to represent the state while another student from Miri also participated in the primary school storytelling category.