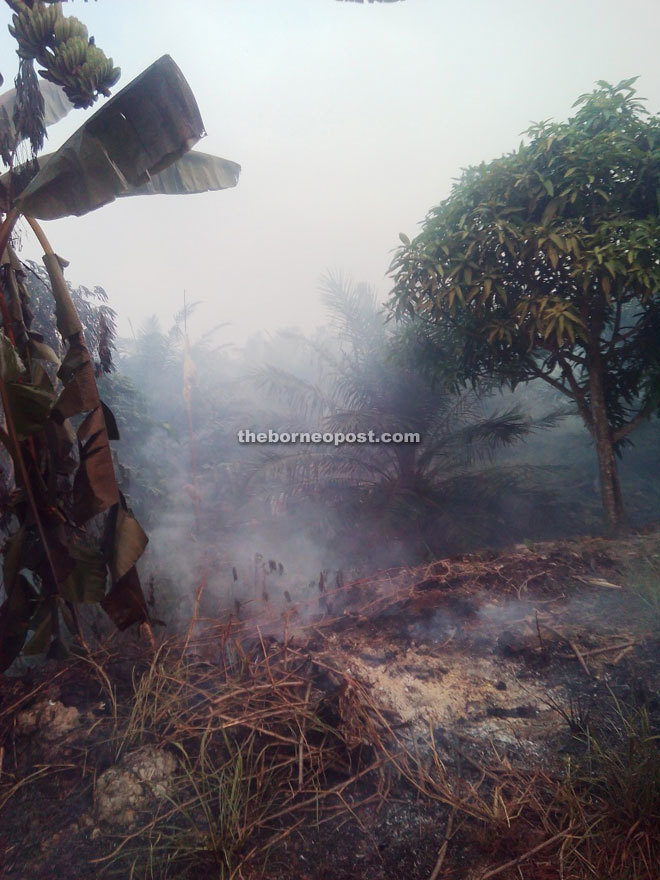 Crops being destroyed by the bush fire.

MIRI: The prolonged dry season in the northern region is not only causing bush fires intractable, but it is also health-threatening to the people.

The situation has become uncontrollable, causing farmers and smallholders significant losses as many of their farms and crops are devastated by the bush fires and causing breathing difficulties due to the thick haze.

Fearing that the situation might worsen, the affected farmers in Pujut approached the state PAS commissioner, Jofri Jaraiee, regarding the problem.

“The authorities concerned should view the two problems seriously, because if it’s not well controlled, not only the haze would affect the people’s health, but the farmers would also lose all their crops.

“And the Fire and Rescue Department must be prepared to face any eventuality, and resolve the bush fires as soon as possible,” Jofri appealed in his press statement to The Borneo Post yesterday.

He advised that the authorities find the best solution to tackle the problems for the sake of the people’s health and safety.

Meanwhile, Jofri who is Miri PAS chief, is a candidate for Pujut in this May 7 11th state polls.