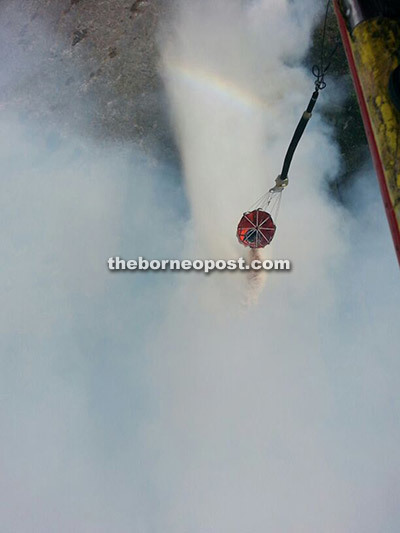 Firefighters use a helicopter to ‘bomb down’ bushfires with water. 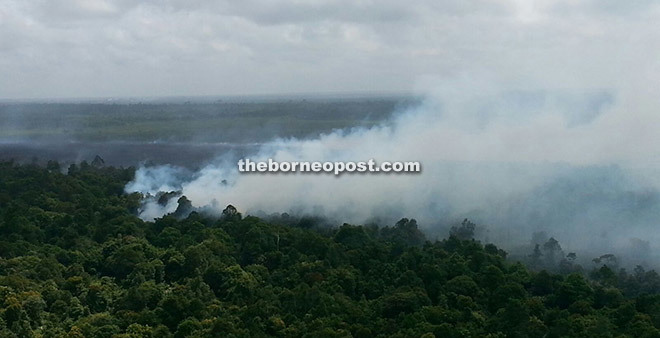 Smoke billowing from a burning spot in a forested area in Senadin. Photos courtesy of Bomba Miri.

MIRI: The prevailing dry and hot condition across the division this month has triggered the bushfire season to start early.

All 22 firefighters from both Lopeng and Miri stations have been working extra shifts in responding to distress calls received from Kuala Baram and Senadin, where reports of bushfires have been coming in since late Friday.

“The helicopter facilitates water bombing over the burning areas. There are several spots identified within the area (Kuala Baram), estimated to span around 200 acres,” he said.

Law hoped that with the forecast of cooler weather and calmer winds, the situation would be more viable for his men to control the fires. “We also hope that it would be less smoky than it was yesterday (Friday).”