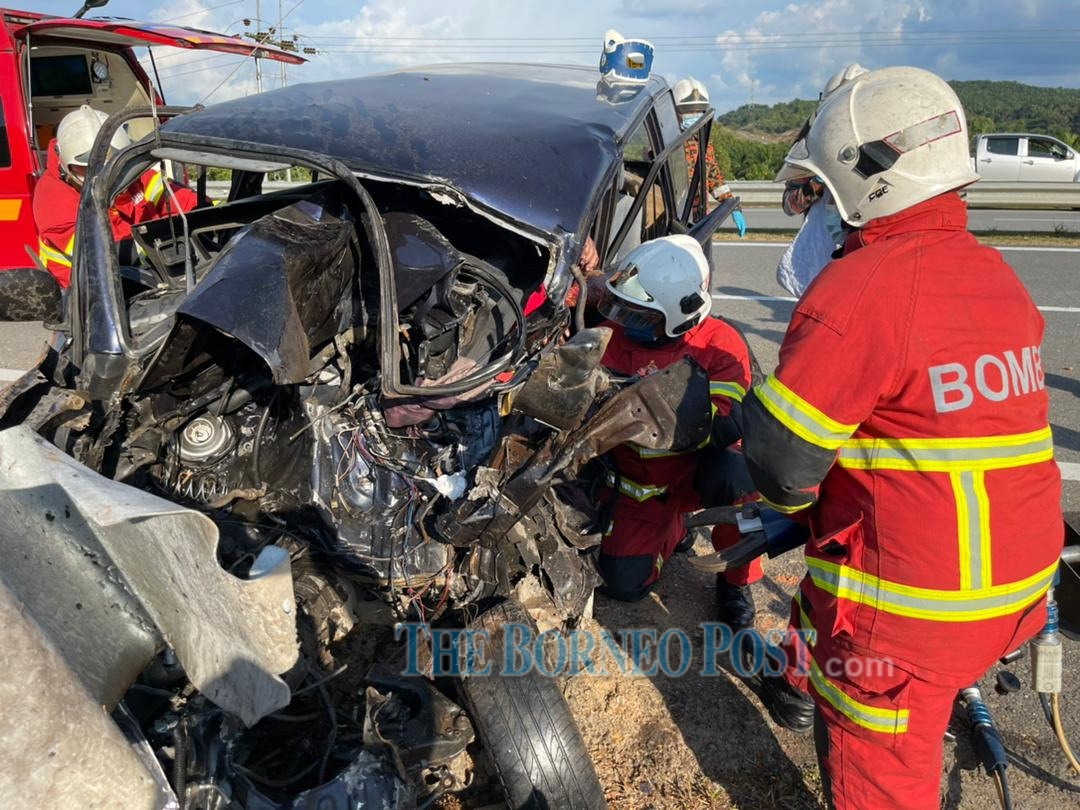 Firefighters working to extricate the passenger from the wreckage.

BINTULU (April 29): A man was killed while his passenger was pinned to his seat after the multipurpose vehicle (MPV) they were travelling in slammed into the steel barrier by the side of Mile 27 Pan Borneo Bintulu-Miri Road yesterday.

The deceased was identified as 31-year-old driver Muhammad Nabawi Abdul Hashim, who was pronounced dead at the scene by medical personnel.

The 53-year-old male passenger, who survived with injuries, was rushed to Bintulu Hospital for treatment after he was extricated from the wreckage.

Fire and Rescue Department (Bomba) Bintulu chief Christus Buson said a team of rescuers from Bintulu Fire Station was dispatched to the scene after a distress call was received at 4.20pm.

“Upon arrival, firefighters found the two victims still trapped in the vehicle and proceeded to extricate them. The driver was pronounced dead at the scene while the passenger sustained injuries and was sent to the hospital,” he said.

The driver’s body was handed over to police for further action.