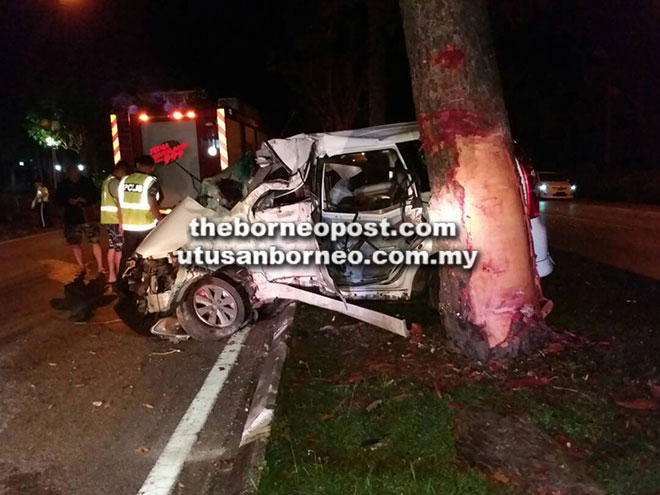 Policemen examine the badly damaged vehicle at the scene.

MIRI: A 40-year-old man was killed after he crashed his multipurpose vehicle into a tree at Taman Awam near here early yesterday.

The victim, identified as Sanny Tuah, was travelling from the city centre towards Miri Airport when he somehow lost control of the vehicle.

It is understood that the impact of the crash left Sanny pinned to his seat.

A team of seven personnel from the Fire and Rescue Department was summoned to the scene at 4.53am.

The team arrived at the scene at 5.05am and immediately worked to extricate the victim from the wreckage.

However, Sanny was pronounced dead at the scene.