Dr Ting will not pay back salary for his service to Pujut, says PH senator 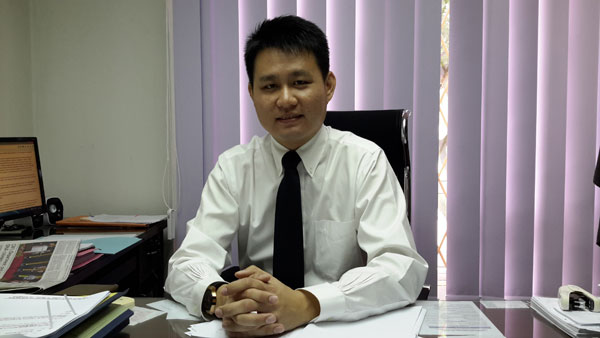 MIRI: Dr Ting Tiong Choon will not return the remuneration paid to him as Pujut assemblyman, said Senator Alan Ling said after a Federal Court decided on Tuesday in favour of Dr Ting’s disqualification from the State Legislative Assembly (DUN),

At a press conference called by Dr Ting here, the Pakatan Harapan (PH) Sarawak secretary challenged the DUN Secretary Datuk Amar Mohd Asfia Awang Nassar to send the letter of demand to Dr Ting for all monies paid to him during his service as an assemblyman from 2016.

“We are not going to pay back. He can bring this to court only to embarrass himself for not understanding the law and the judgement,” said Ling.

Dr Ting pointed out earlier that the remuneration he received as an assemblyman was not his priority.

Asserting that he had served the people as an assemblyman, he said it was a “disgraceful and embarrassing” move for the state government and DUN Speaker to demand that he returned the money paid to him.

“I feel embarrassed to be part of this,” said the Democratic Action Party leader.

The post Dr Ting will not pay back salary for his service to Pujut, says PH senator appeared first on Borneo Post Online.