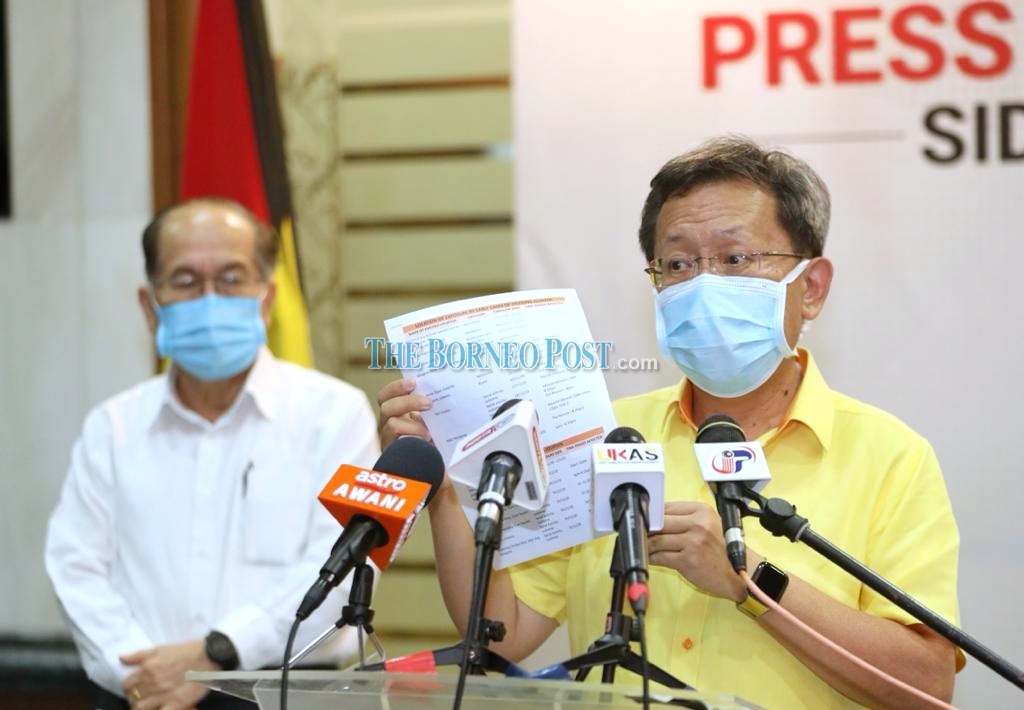 KUCHING (Jan 20): Local Government and Housing Minister Dr Sim Kui Hian has suggested making public the names of people who could not be found after testing positive for Covid-19 in a major break from protocol since the virus spread in the state.

This comes as he revealed on Facebook today that 23 people who tested positive in Sibu during a mass screening could not be contacted.

“Though so far, we have protected the identity of individuals at all costs but we may be forced to publish the name of the individual in the interest of safety of public (including themselves so they are not at risk of new phenomenon in West Malaysia “Brought In Dead”, their families and friends),” said Dr Sim, who is undergoing home quarantine after coming into contact with a positive case.

The committee has thus far kept a tight lid on the identity of confirmed cases but it has not stopped those infected from going public on their own volition.

Recently, however, SDMC decided to release locations or places visited by confirmed cases with the hope that those who are at risk would come forward to be tested.

In a separate Facebook post, Dr Sim expressed concern over the Covid outbreak in Sibu, which has been placed under the strict Movement Control Order (MCO) until January 26, and hoped that Miri would not be next due to a recent spike in cases.

“Sibu and Miri fate of COVID19 pandemic is in the hands of the local people,” said Dr Sim, sharing with the post a picture of him signing the state’s Protection of Public Health Order for gazette until January 31.

Sibu is at the epicentre of one of the largest Covid-19 clusters in the state, the Pasai Cluster, which was announced last Monday.

According to the state disaster management committee’s (SDMC) daily update yesterday, the Pasai Cluster has 754 confirmed cases. It also said 4,250 people have been screened and while 2,500 had tested negative, 996 were still awaiting results.