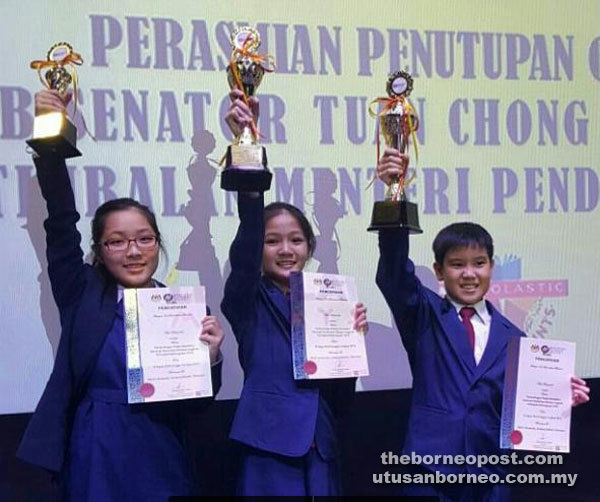 at the National English Unity
Carnival on Aug 14.

The school’s principal Kong Lily said she was very happy with the students’ performance at the competition which was organised by the Ministry of Education.

She also revealed that all three students have previously won at the Kuching zone-level and state-level competitions before competing in the national carnival.

students more confidence when it comes to speaking and using proper English,” she said in a press statement yesterday.

Meanwhile, a total of 400 primary and secondary school students from different parts of the country took part in the carnival with seven categories contested.

Sarawak Education Department sent three students from Kuching and a student from Miri to participate in the primary school public speaking, poetry recitation and storytelling categories.