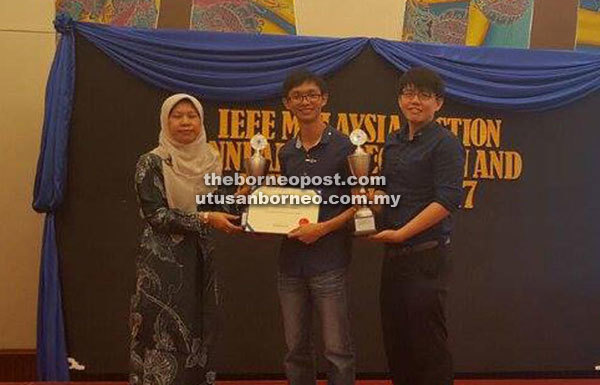 The presentation of the award was held during the recent annual general meeting (AGM) of the IEEE Malaysia in Shah Alam.

Saaveethya’s significant contributions to IEEE include being the Chair and Founder of WIE Student Network Malaysia, member of Region 10 (R10) WIE Promotion Team and Secretary of Women in Leadership Subcommittee of WIE Global.

“It is a great honour to receive the volunteer award which has motivated me to strive harder in the betterment of women in engineering,” said Saaveethya in a statement released by Curtin Malaysia yesterday.

Commenting on the Outstanding Student Branch Award, meanwhile, current president and fourth-year electrical power engineering student Kong Sheng How said the student branch has given him a good platform to demonstrate his leadership skills.

“I am proud to head the student branch under the supervision of our advisor, Dr Garenth Lim. This is our first outstanding student branch award from the IEEE Malaysia section and definitely spurs our committee members to do even better in future,” Kong said.

Dr Lim, who was elected to the committee of the IEEE Engineering in Medicine and Biology society (EMBS) during the AGM, remarked that the Curtin Malaysia IEEE Student Branch allows students to learn independently, lead profoundly and create impact in the community with their knowledge.

The Curtin Malaysia IEEE Student Branch was established in 2008 and currently has about 120 members. To find out more about it, visit www.facebook.com/CurtinSarawak.IEEE or email ieee.curtinsarawak@gmail.com.