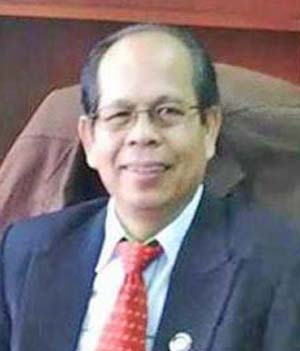 The state government also unveiled its own budget which has allocated RM1.123 billion for the transformation of agriculture sector.

“Almost all natives of Sarawak own and rely on their land for their livelihood. They earn their income, among others, from oil palm planted on their NCR land.

“We (Doppa) are hoping that the RM41 million allocation will trickle down to members in the form of individual plot survey,” said its president Dr Richard Mani Banda in a press statement yesterday.

He also said the association was hoping that the state government, through the Land and Survey Department, would make good use of the allocation by using certified surveyors including those from government-linked agencies like Salcra to hasten their effort.

According to him, Doppa members plant their oil palm on NCR lands.

“Those having land titles are in the minority; less than five per cent of Doppa members. It is the same among Dayak oil palm planters in general.

“Members have been trying to get recognition of ownership of their land but have not made much headway so far.

“There is no better proof of land ownership than the individual land title itself. A title would provide security of ownership, adding value to the land and provide ease of land management,” he said.

He added that the state government had been benefitting from the State Sales Tax which every oil palm planter, including small holders and Doppa members, were paying, which was RM25 per tonne of fresh fruit bunches. Richard said proof of ownership of the land, or consent by the proven land owners was one of the requirements for Malaysia Sustainable Palm Oil certification.