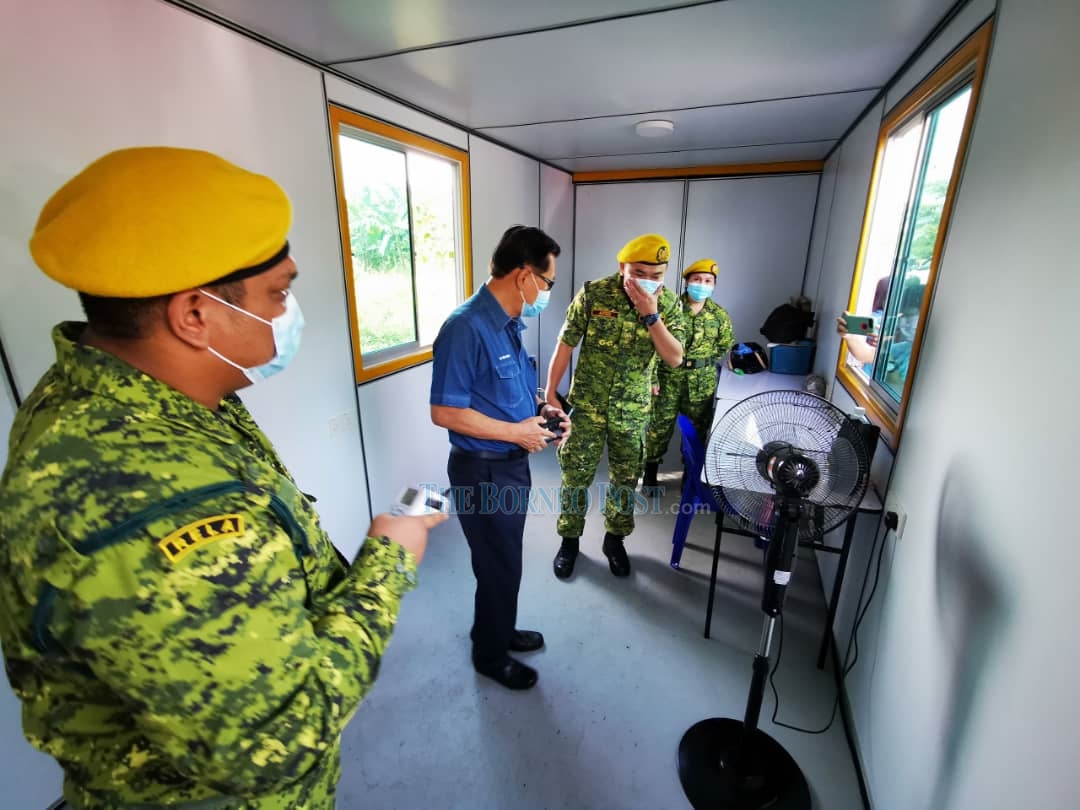 Lee visiting one of the fire monitoring field posts manned by Rela personnel at Kuala Baram.

MIRI (May 3): Action will be taken against anyone who carries out open burning for agriculture here as the Miri Division Disaster Management Committee (MDDMC) will not risk a return of the haze when the Covid-19 pandemic is still raging.

MDDMC minister in-charge, Datuk Lee Kim Shin, issued the warning today as he was concerned that the dry season would lead to open burning activities that could result in haze, which further threatens people’s health.

“We are now facing Covid-19 pandemic where the patients have respiratory and breathing problems. That is why we cannot allow open burning to take place especially in Miri which has a vast peat area,” he told reporters during a visit to three fire monitoring field posts at Kuala Baram areas today.

He added that it was very difficult to control fires in peat areas as it involved underground fires.

“We have given enough warning this time, the enforcement team will take action as long as there is evidence. We will take legal action even against the big landowners by preparing investigation papers and charging them in court,” said Lee, who is Transport Minister and Senadin assemblyman.

On the field posts, Lee said they were part of the precautionary measures to prevent fire outbreaks in peat areas in Kuala Baram.

He said the People’s Volunteer Corps (RELA) had stationed its men at the three field posts around the clock in order to provide immediate response to put out any fire.

In addition, he said MDDMC in collaboration with the Natural Resources and Environment Board (NREB) and Department of Environment (DOE) also uses drone technology to monitor the fire prone areas.

Lee was satisfied that such efforts had proven their effectiveness, adding that only small fires had been reported at Kuala Baram last week and all the fires had been put out immediately.

He said large landowners could also use drones to monitor their land.