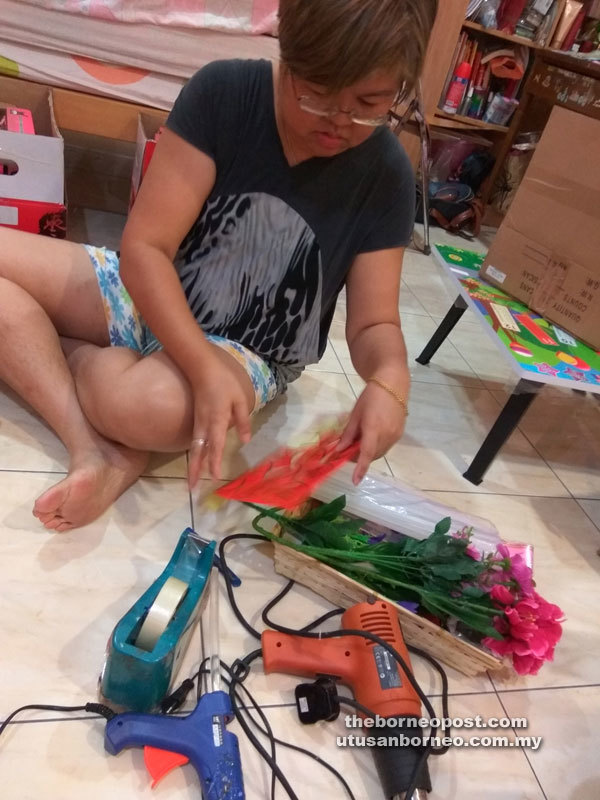 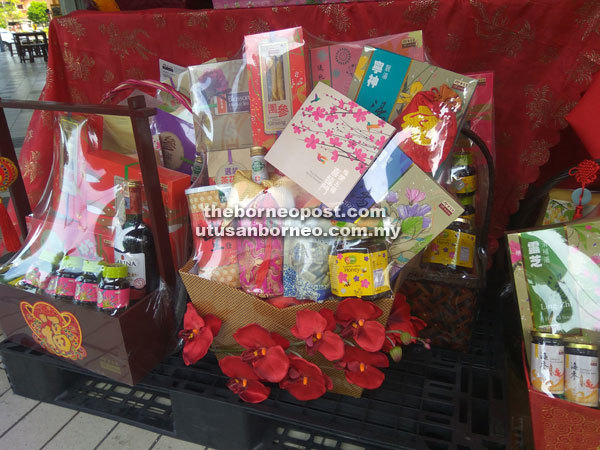 MIRI: Gifting hampers to family, relatives, friends and business acquaintances is seen as a friendly gesture to maintain good relations.

However, how much does the price of a Chinese New Year gift hamper truly reflect a giver’s sincerity?

Sin Yean Yean who wraps hampers as a freelancer told The Borneo Post that the price range for hampers usually reflects the current economy and one’s budget.

“During Chinese New Year, my customers specify which items are to be included in the hampers they’d like to give to their friends and business acquaintances.

“For those who prefer a more economical hamper, they will replace items with cookies as part of the hamper.”

She usually prices her hampers between RM200 to RM5,000 per hamper according to the type of items, size and time required to wrap it.

The weaker economy has seen a huge decline of hamper orders, Sin said, based on the overall number of orders she has received.

“The number has been reduced by 20 per cent compared to the 200 to 300 hampers I’ve wrapped in previous years.

“For those who are giving hampers to business acquaintances, I’ve noticed that they are choosing cheaper options in order to balance the chequebook,” she said.

When Sin started wrapping hampers in 1993, the business was rather new in Miri at the time.

She admitted that she is not an artsy person, but she still bravely took up the challenge thrown at her by a friend.

“I was desperate, looking for extra income during the festive period. My friend asked whether I had any hamper-wrapping skills and said that if I am willing to learn, he wanted me to wrap hampers for him to sell.

“I am grateful that I overcame my fear and self-pity to learn something different,” said the administrative personnel.

The art of hamper design has changed a lot and consumers today are pampered with a variety of choices with many different price points to suit their budgets.

Packaging such as baskets and boxes have changed a lot over the years, but Sin only does two types of hampers for her clients.

Pyramid-style hampers are considered old-fashion which people can still find at supermarkets.

“This type of hamper is easier because (it just involves) stacking the items nicely into the form of a pyramid and wrapping them up with clear cellophane wrap.”

Many hampers sold today frequently use shrink-wrapping, which has the advantages of protecting the wrapped items as well as sealing and holding the shape of the hamper nicely.

“Being in the business for more than two decades now, I really think that it doesn’t matter how much the hamper costs, but the kind thought that counts,” said Sin.

Elvie Ting, a proprietor of a well-known retailing franchise, told The Borneo Post that though local orders have declined, there has been a notable increase in purchases by customers from Brunei.

“This year’s CNY is far too early, that is why many of my clients have delayed their hamper orders. We understand the difficulty for them to plan their budget because of the economy. Hence, we are focusing on our Bruneian customers, adjusting to meet their needs.”

Ting revealed that the price of hampers sold at the franchise ranges from RM99 to more than RM20,000 to meet the needs of customers.

“Those seeking for a more economical price, they can pick out the items of their choice or go for gift-boxes. Likewise, those willing to spend big bucks can pick the expensive ones. We want to make sure that our products suit everyone’s need,” she said.

She revealed that orders only began to come in during the second week of January, due to Christmas and New Year celebrations.

“We are working extra hours to ensure that every order is done by the due date,” she added.

Meanwhile, The Borneo Post did a survey on hampers for sale at supermarkets in Miri. It was observed that many of these supermarkets have been selling hampers since Christmas and several items have been added to the hampers in conjunction with the CNY celebration. The price of hampers range from RM250 to more than RM1,000 per hamper.