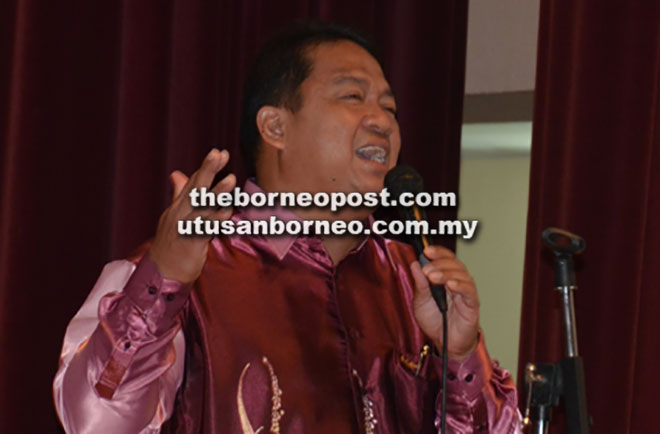 Alluding to the peat soil fire which was rampant at Kuala Baram in Miri division, Horatio said usually, those people who started the fire were not aware of underground fire as they just put off the surface fire.

“A hefty fine of RM500,000 or five years imprisonment or both awaits individuals responsible upon conviction,” Horatio said in a talk entitled ‘Law Enforcement and Facilities at Miri Peat Soil Area’ here yesterday.

He added that it would usually take time to put off peat soil fire especially after it has spread to bigger area underground.

“Smokes and ashes from the fire would cause hazy conditions which are not only hazardous to health but also give bad and negative impacts on the local economy,” he added.

Horatio said tourists including investors would cancel or think twice about coming to Miri as reports of such conditions would go viral through social media catching the attention of both print and electronic media globally.

“The bad and negative reports which spread fast and are impossible to stop especially through social media cause big economic loss to not only the tourism industry but the hospitality and related service industries due to cancellations of tour and accommodation bookings,” he said.

Meanwhile, the government would be spending millions of ringgit to put off the fire using various methods or operation which include fire bombings and deployment of additional firemen to stop and prevent it spreading. Apart from that the government has to implement various facilities such tube well, drains, check dam and watch tower.

Therefore, he called for co-operation from the community including estates by putting off the fire while it is still small and not to conduct any open burning activities on peat soil areas particularly during dry season.