Development in HDA areas to benefit about 75,000 inhabitants 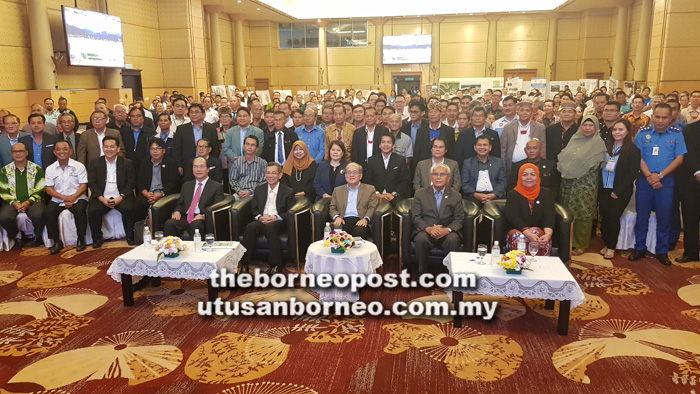 Uggah (seated centre), with (seated from left) Gerawat, Ismawi, Jabu, and Sherrina and others in a group photo after the opening ceremony.

MIRI: Development in the Highland Development Agency (HDA) areas of jurisdiction will bring positive impact to about 75,000 residents from 244 villages and longhouses in Baram parliamentary constituency, which covers an area of 18,462 sq km.

He said the allocation would be given based on state constituencies in the area – RM729 million to Telang Usan, and RM771 million to Mulu.

“This project will be implemented in the 2019-2020 period while some may be stretched a bit longer.

This is proof to the local people that HDA is a strategic agency set up by the government to develop the areas for thier own good “These areas have been left behind in terms of road, electricity and water supply for far too long.

“That is why this allocation is given over and above the normal allocation by the government through Public Works Department, Rural Water Supply Department, Sarawak Energy Berhad, Sarawak Multimedia Authority and Department of Agriculture,” he said.

He added that the focus would be to transform the agriculture sector in the area with its unique climate so that it could contribute to Sarawak’s economy and make it a net exporter of food by 2030.

The special briefing was organised by Regional Corridor Development Authority (Recoda) together with Miri Resident Office and Miri District Office, and was attended by about 300 participants.

and their charges in the HDA areas.