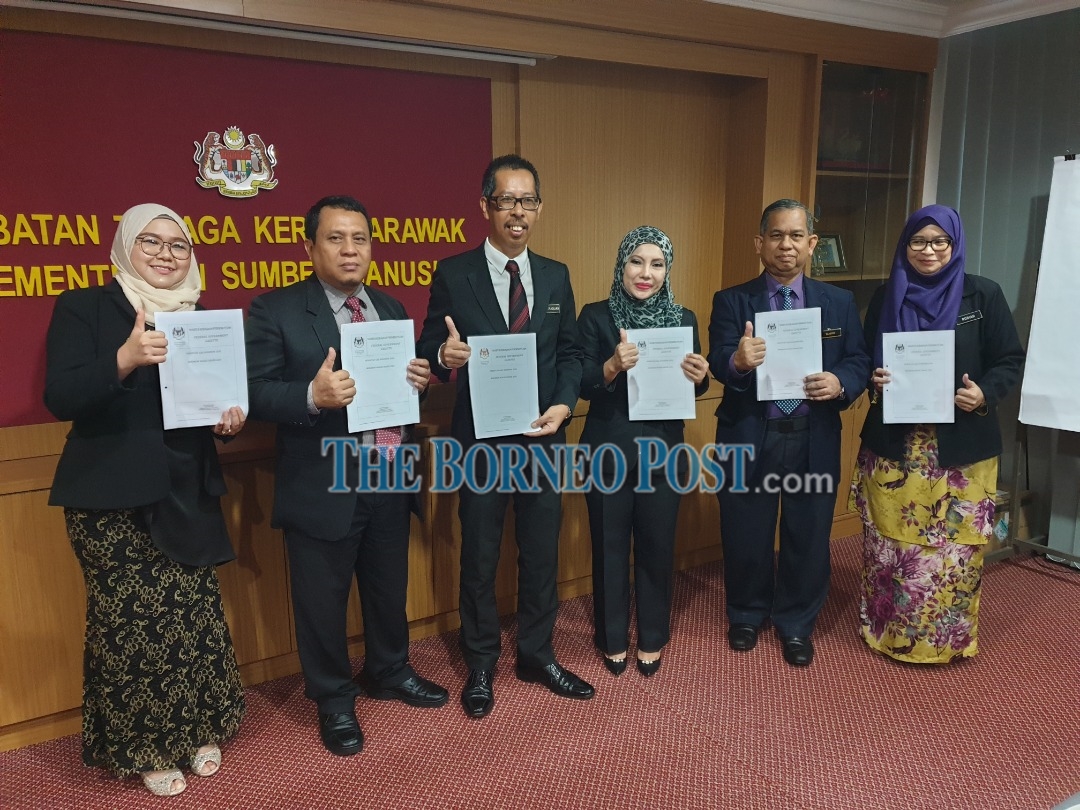 Raduan (third left) and other officials from the Sarawak Department of Labour showing the Federal Government Gazette which contain details of the Minimum Wages Order 2020 to reporters the department’s office today.

KUCHING: The Sarawak Labour Department has opened 101 investigation papers from 2015 until December last year on employers who have failed to comply with the minimum wage policy, said its director Awang Raduan Awang Omar.

He told reporters here today that out of that number, 29 cases have been brought to court resulting in 24 being convicted, 38 cases were resolved and 34 are still under investigation.

Awang Raduan added that RM194,203.57 in fines have been issued to errant employers.

With the nation now implementing the Minimum Wages Order 2020, he said employers who fail to comply are liable to be fined not more than RM10,000 per worker.

Hence, he urged all employers to take note of and comply with the Minimum Wage Order 2020.

The post Department gets tough on bosses who refuse to comply with minimum wage in Sarawak appeared first on Borneo Post Online.