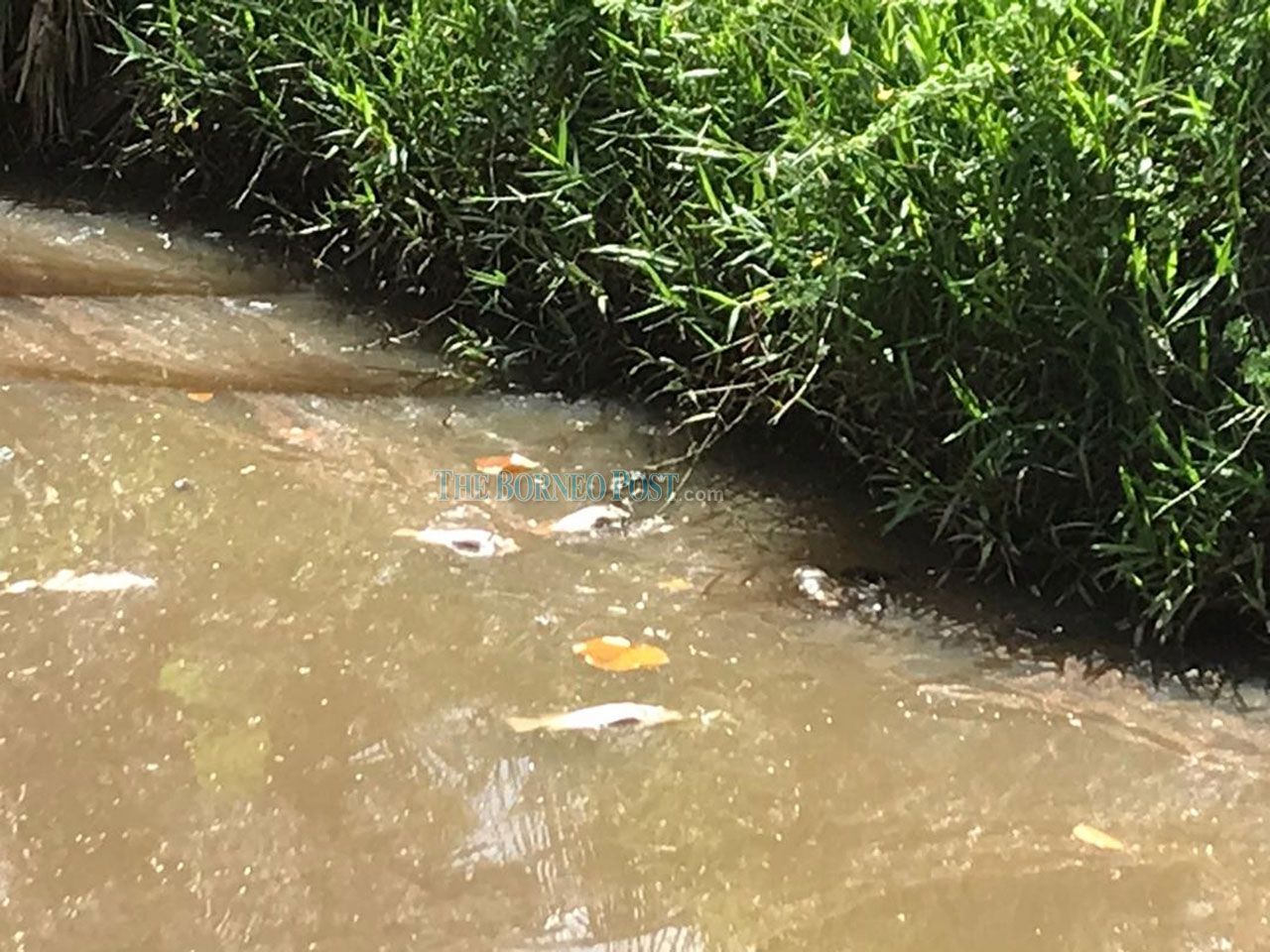 A woman who wished anonymity said she was alarmed by the stench from the river around midday yesterday, and decided to investigate.

“I could see 10 or more dead fish in the river, and the smell was over powering by noon, It’s really unbearable as the river is just behind our house.

“My concern is not just the smell as the river is slow flowing but the pollution which could cause further damage to the environment and also us human. With movement control order (MCO) now in place, I hope the authorities act speedily and not waiting for the fish to rot as they might not be able to track the source of pollution or the culprits,” said this concerned woman.

A retired engineer who also lives in the area said he was surprised to see a river turtle literally ‘turned turtle’ but did not think about photographing it.

“This is very worrying although we are not sure what caused it.

“It could be the act of some irresponsible people, whom the authorities should investigate to prevent the incident from recurring, and endangering people’s life if the dead fish are sold in the market,” he said.

The Borneo Post efforts to get official comments since early yesterday afternoon were hampered as the Miri City Council said the area (river) was not under their jurisdiction while Drainage and Irrigation Department here too was not forthcoming with any statement.

Piasau assemblyman Datuk Sebastian Ting who is also Assistant Minister of Tourism, Arts and Culture, when contacted, said the Natural Resources and Environment Board, had said they would do a thorough investigation into the matter.

“When I called Justine Jok Jau Emang its Controller, he said he would be sending his staff soonest to investigate and do water sampling to ascertain what happened to the fish.

“At the moment we cannot speculate what caused it. We have to do a thorough investigation,” said Ting.

He added that Justine was among a few people he contacted to obtain further information on the incident. He also called DID Miri chief and its deputy director in Kuching, as well as the Kampung Luak community leader.