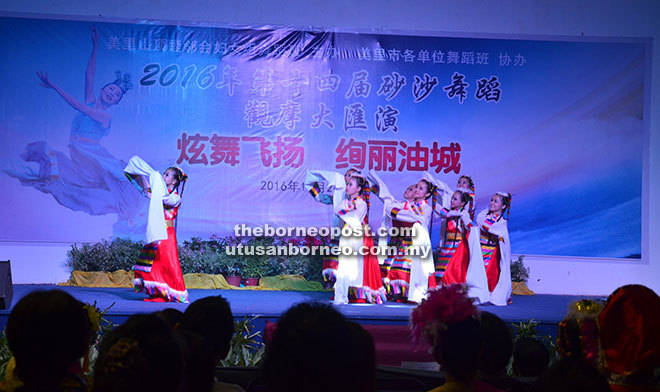 Dance troupes from Brunei, Johor and Kedah also joined local acts from Sarawak and Sabah for the two-day show, with participants from Miri contributing the most with 28 entries.

Hilltop Neighbourhood Committee (Jiran Wanita dancing group) for their effort in collaborating with various dance groups here to host the event this year.

Ting viewed the event as a platform to attract tourists to the city, adding that participants also get to build networks and renew relationships. Also present at the opening ceremony was Mayor Adam Yii.