Curtin Sarawak has new Faculty of Engineering and Science building 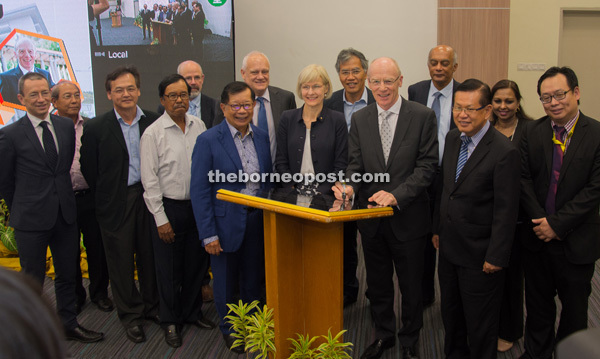 Beckett (fifth right) signs on a plague in the presence of Curtin Perth and Sarawak Council, Board of Directors and Management Board. 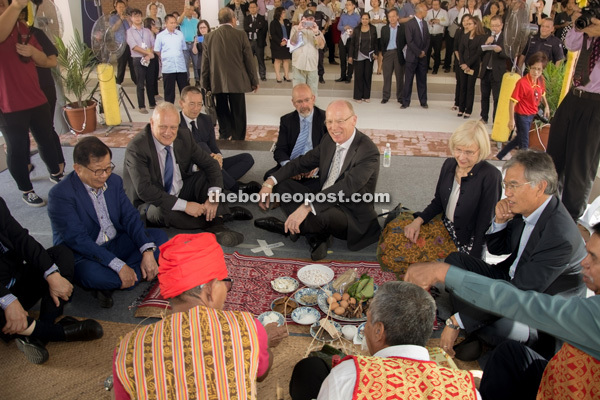 VVIPS taking part in the ‘Miring’ ceremony – an Iban ritual for blessing.

MIRI: Curtin University Sarawak (Curtin Sarawak) yesterday achieved another milestone in infrastructure development and education with the opening of its Faculty of Engineering and Science building.

The RM20 million-building is a significant addition to the campus facilities, bringing further enrichment of the learning experience for a student population now exceeding 4,000 and also a catalyst for its strategic growth in the coming years.

Chancellor of Curtin University, Colin Beckett officiated at the opening ceremony which was also attended by top management officials from Curtin Perth and Curtin Sarawak.

Beckett in his speech said the new building marked a key milestone for Curtin Sarawak that strongly reflected its growth and success.

“Curtin Sarawak campus proudly stands as a tribute to the bold vision and determination of those in Malaysia and Australia, who 17 years ago, believed a world-class campus could be established in Miri, and had the foresight to envisage the outstanding success it is today,” he said.

He said Curtin Sarawak as the first foreign university campus established in East Malaysia in 1999, is among the top-rated universities in Malaysia under the Malaysian Setara and D-Setara rating systems. It is also one of the largest and fastest-growing foreign branch campuses in the world.

Beckett meanwhile said Curtin University campuses had to be viewed as equal importance while connections and collaborations across locations had to become more embedded in their daily practices.

“In the face of increased international student mobility and demands for higher education, Curtin has a comprehensive global market positioning strategy to ensure we remain a destination of choice for international students – whether they choose to enroll in Australia, Sarawak, Singapore or engage with us online,” he said.

The new Faculty of Engineering Science building is a signature work of architecture and landmark for the campus’ Skylark Precinct, which previously consisted of two buildings housing the faculty’s laboratories and workshops.

The new four-storey building houses facilities for teaching and postgraduate work to meet the particular research needs of government and industry, including three lecture halls of160 to 240 seats on the ground floor, four classrooms of 56 to 84 seats on the first floor, lecturer and meeting rooms on the second floor, and offices and more meeting and discussion rooms on the third floor.

It includes learning spaces equipped with the latest technological advances in teaching and learning such as distributed learning technology to support active student learning. These new facilities complement an already extensive list of campus facilities. 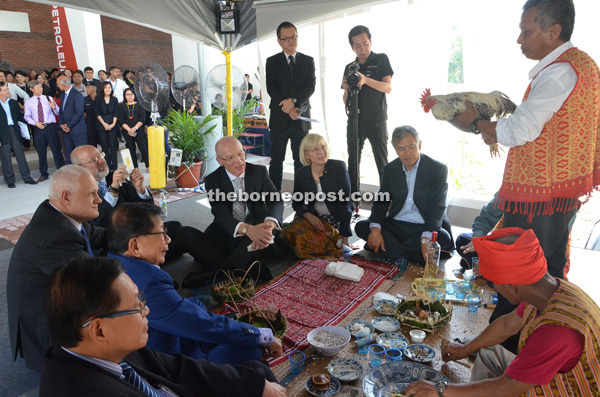 A ‘Miring’ ceremony performed as part of the official opening of the new building. 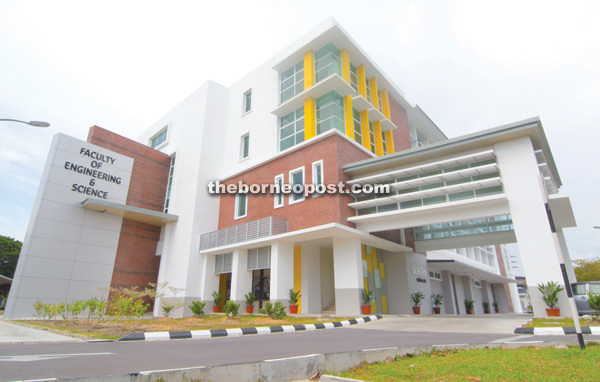 The Faculty of Engineering and Science building. — Photos by Cecilia Sman