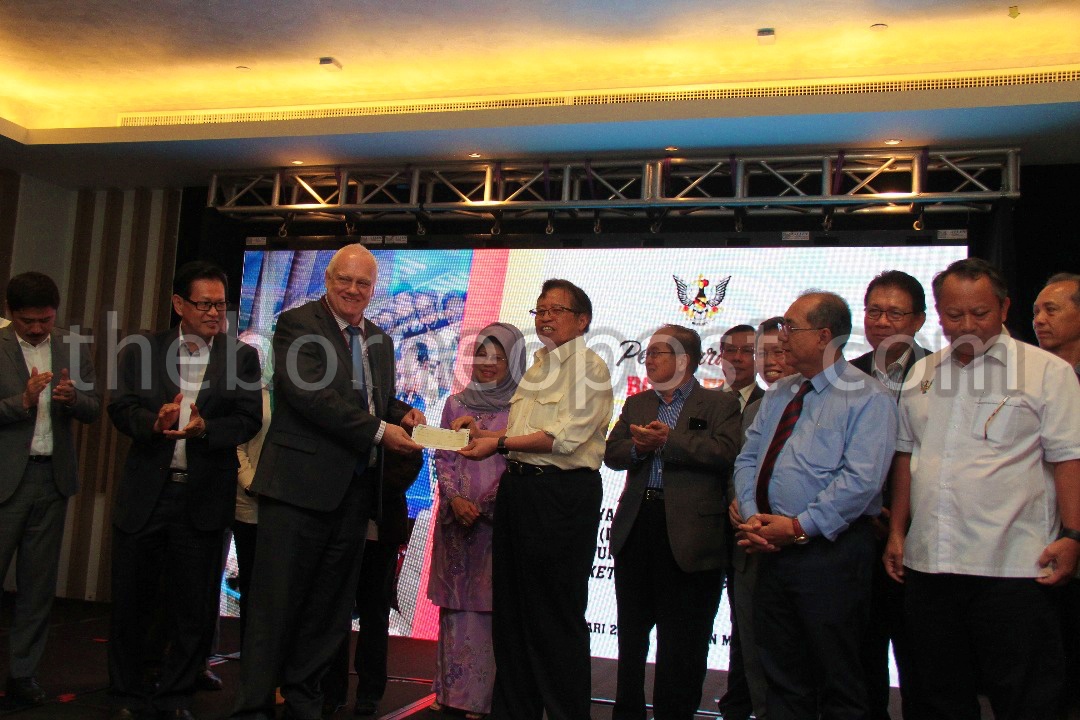 MIRI: Sarawak State Government continued to place strong emphasis on quality and affordable tertiary education in the state with an allocation of RM2 million to the Curtin University Malaysia Campus in Miri.

Chief Minister Datuk Patinggi Abang Johari Tun Openg handed over the cheque to Curtin Malaysia’s pro vice-chancellor, president and chief executive Professor Jim Mienczakowski at a hotel in Miri during the launching of a booklet of 65 initiatives undertaken by team Abang Johari in the GPS state government.

In a visit to the campus in June last year, Abang Johari assured that the Sarawak State Government will assist Curtin University, Malaysia (Curtin Malaysia) in expanding its facilities, particularly in relation to information technology (IT), to meet the requirements of the state.

He said then this was necessary to meet the needs of Industry 4.0, and tertiary institutions in Sarawak need to enhance their IT and other expertise in line with the state government’s goal to develop its digital economy and natural resources.

Professor Jim Mienczakowski has previously expressed pride in the campus continuing to establish itself as a leading young university on the world stage.

Curtin Malaysia, its largest international campus and global hub in Asia, is part of this global university with campuses in Australia, Malaysia, Singapore, Dubai and Mauritius, as well as course delivery through more than 90 partner institutions worldwide.

Curtin Malaysia will mark its 20th anniversary this year and its upward trajectory in the world rankings augurs well for the campus’ standing as the highest-ranked global university campus in Borneo and the largest Australian international campus in the world.

The University has maintained its outstanding Tier 5 (Excellent) rating in the Malaysian Rating System for Higher Education Institutions (Setara), and a similar rating for its engineering programmes in the discipline-based D-Setara in 2017.

It is the only university rated for engineering excellence in East Malaysia.