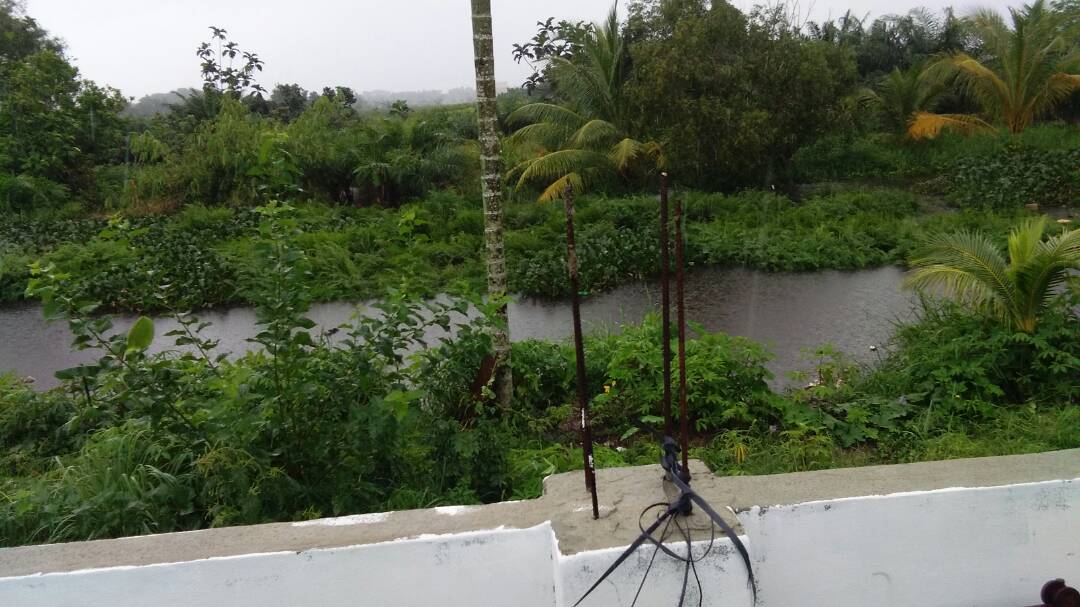 The big drain behind the residential area where crocodiles are frequently sighted. 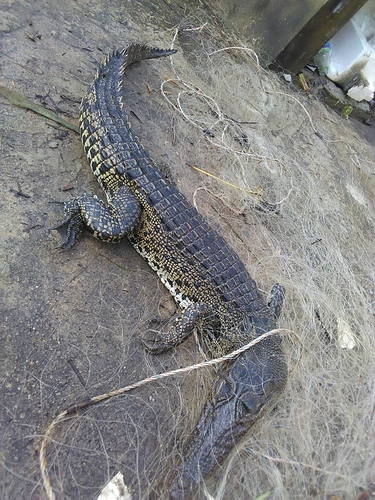 The crocodile that was found dead in the net.

MIRI: Several residents in Senadin Phase 3, jittery after they spotted a few crocodiles in the big drain at the back of their houses recently, are hoping that authorities could do something before anything untoward happens.

According to one of the house owners, she had been living here for years and the sight of the reptiles, believed to be the young ones, had becoming more frequent lately.

“In fact, one was found in the net by my brother-in-law on Thursday. He initially thought that it was not crocodile, but when we had a close look at it, we knew it was crocodile,” she said when contacted today.

The woman, who requested anonymity, said her brother-in-law was surprised when he went to check on his fishing net on Thursday and found the reptile on it.

“The reptile measuring at about two feet in length was however dead when it was found so he got rid of it,” she said.

She added that the drain behind their house was quite big, and she believed there are more of the reptiles in the area.

“There has been no cases of croc attack here in the past, so we are hopeful that the authorities can do something about it to avoid any untoward incident,” she said.