Croc found in drain in Limbang euthanised due to being shot, SFC investigating 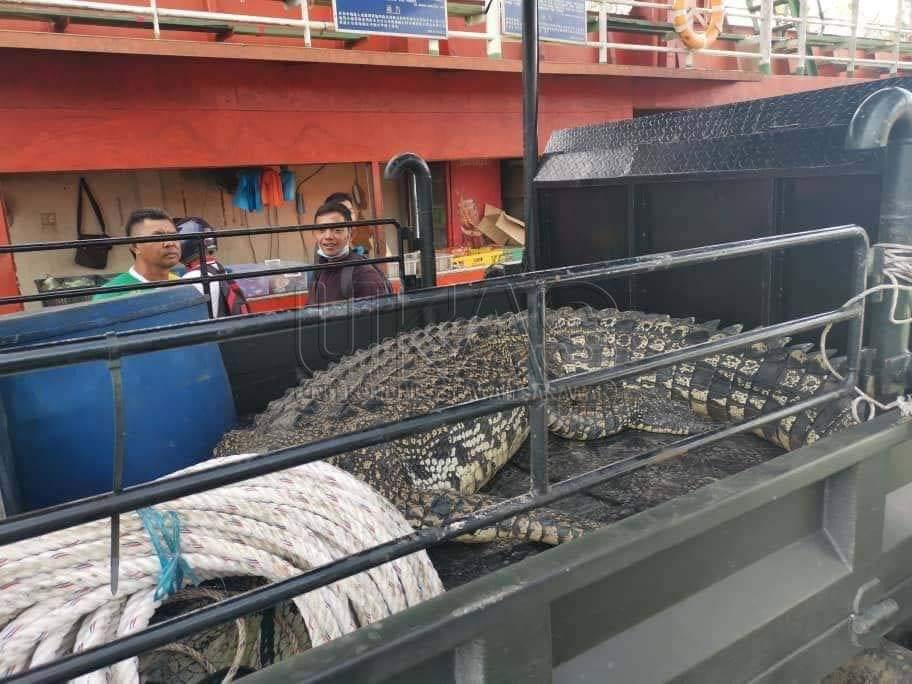 The large crocodile had to be put down due to its injuries, SFC said.

KUCHING (Nov 12): A 800kg crocodile found inside a drain behind a school in Limbang has been euthanised due to it being severely injured after it was shot in the head by a member of the public.

Sarawak Forestry Corporation’s (SFC) Swift Wildlife Action Team (SWAT) Miri was dispatched to the location upon receiving a call from the Fire and Rescue Department (Bomba) when they discovered the large reptile in the drain on Nov 10.

They later discovered that the crocodile had been shot and wounded, SFC said in a press statement today.

“The reptile has been put to sleep today and buried in an undisclosed location. The samples were taken for further investigation and its bones will be collected after the flesh decays.”

SFC added that it was investigating the shooting of the crocodile.

SFC CEO Zolkipli Mohamad Aton, who is also the Controller of Wild Life, was quoted as saying that he was disappointed with the lack of consciousness by the public.

“This is classified as a case of killing a protected species. A crocodile in a drain does not amount to be killed as permitted or inferred in the Wild Life Protection Ordinance, 1998.”

“They should secure it from escaping and report it to the relevant authority for further action. We don’t want this to be a norm where the public can simply kill protected species and report it as endangering life,” he said.

He then reminded people who live near rivers to be extra careful and not take matters into their own hands as these reptiles are dangerous.

Members of the public are encouraged to notify the nearest SFC offices of any crocodile sightings in their area, he said.

The post Croc found in drain in Limbang euthanised due to being shot, SFC investigating appeared first on Borneo Post Online.