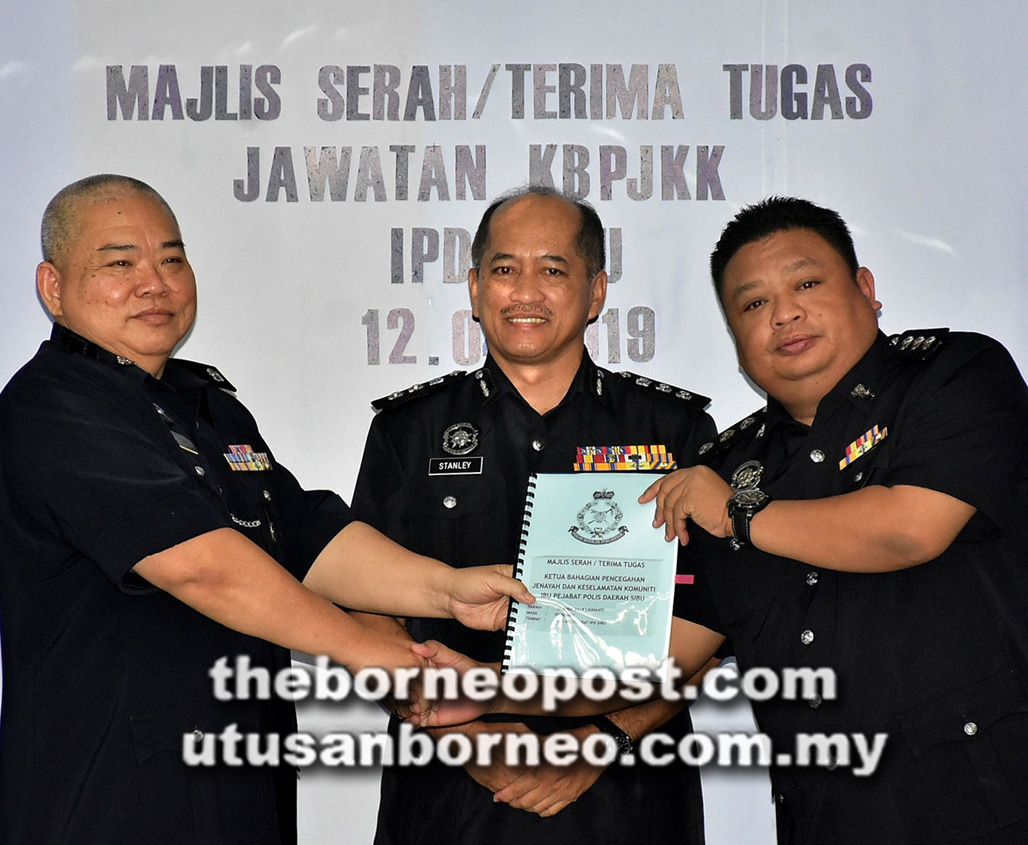 Chung hands over duty to Kushairy (right) while Stanley (centre) looks on.

He replaces DSP Chung Aik Peng who officially retires today after 40 years in the police force.

“Kushairy is no stranger to the people in Sibu, where he is also active in sports,” Stanley said of Kushairy, who joined the police force on Nov 1, 1998.

The 42-year-old hails from Kuching, and is a Master’s degree holder in Science (Human Resource Development) from Unimas

He has also served in the police force in Kuching and Miri.

Meanwhile, Chung from Alor Setar, Kedah said the day (12th) yesterday was significant to him in that he had joined the police at Pulapol on May 12, 1979.

“After 40 years in service, today (April 12) marks my last day in service.

“What is interesting is that, throughout my 40 years in service, I only served in one contingent, that is Sarawak Police Contingent,” he said.