Creation of MPKK an insult to community leaders — Rosey 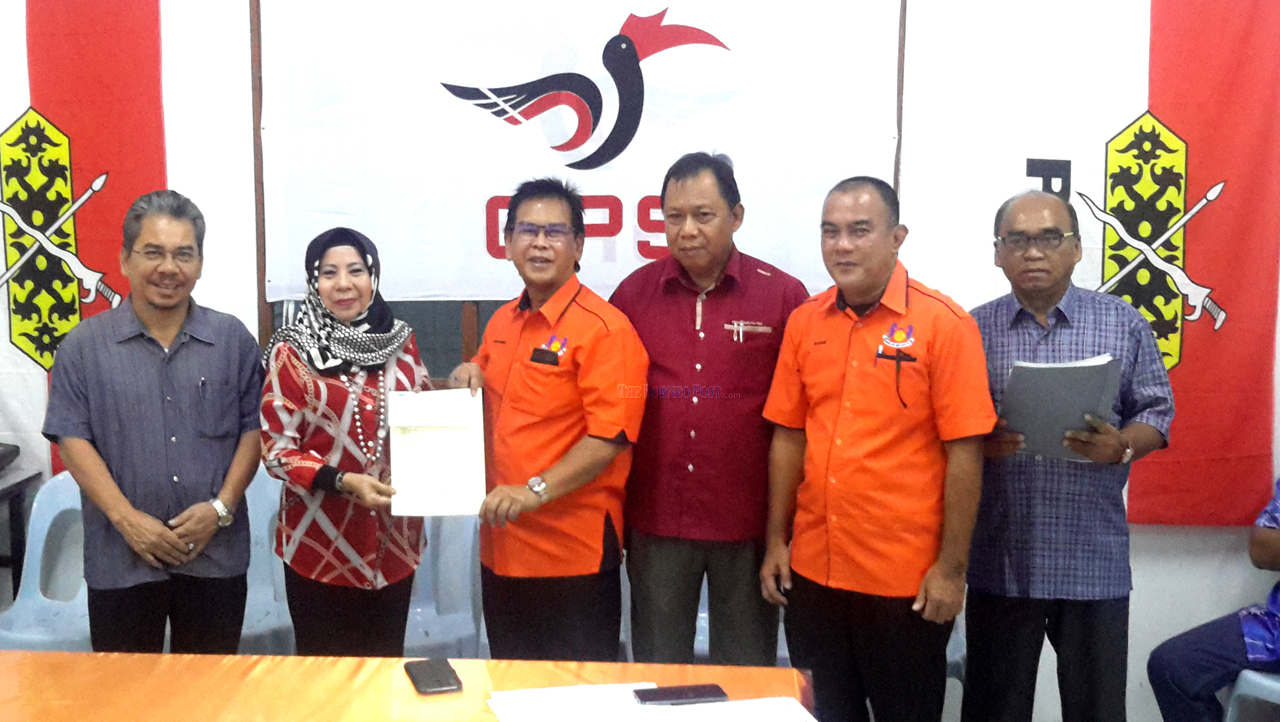 Rosey (second left) presents a cheque to a representative of Miri Sepak Takraw Association during the ceremony at her service centre in Bekenu.

BEKENU: An assistant minister has hit out at the federal government for ‘insulting’ the contributions of village security and development committees (JKKKs) in Sarawak by creating the Village Committee Management Council (MPKK).

Rosey Yunus claimed that the setting-up of MPKK was Putrajaya’s attempt at splitting the people by creating friction and unease between members of the JKKK and the new council.

“PH (Pakatan Harapan) should focus on and continue doing what’s good for the ‘rakyat’ (people) instead of creating trouble.

“It (MPKK) is an insult to the ability of our community leaders – the Ketua Kaum and Ketua Masyarakat – who all these years have been serving as a bridge between the government and the people,” said Rosey, who is Assistant Minister of Welfare, Community Well Being, Women, Family and Childhood Development, following an event at her service centre here yesterday.

The Bekenu assemblywoman remarked that the new council would create problems and cause division in villages, longhouses and housing areas; thus impeding community development.

She said rather than ‘rocking the boat’, the PH coalition should instead focus on delivering all of its manifesto promises.

“It has been over a year since the general election and they have yet to fulfil their promises to the ‘rakyat’. It is beginning to look like nothing but sweet promises, especially to the people of Sarawak.”

Earlier, Rosey presented grants from the Unit for Other Religions (Unifor) and her Minor Rural Project (MRP) allocation to 17 recipients. Three of the recipients benefited from Unifor funds totalling RM450,000, while the others received MRP funds totalling RM646,037.57.

Among those at the presentation were Subis District Officer Jamalie Busri and community leader Pemanca Ali Mudin.