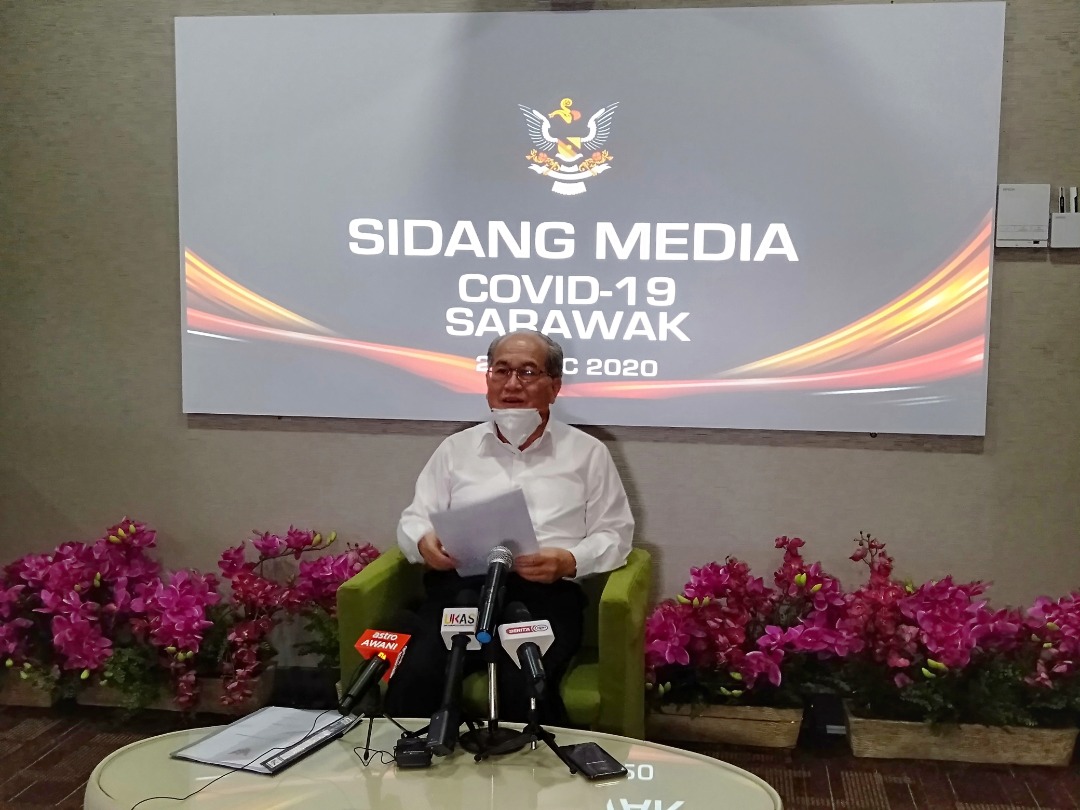 Uggah speaks in a press conference through a livestream on Facebook. – File photo

KUCHING: Sarawak today recorded 15 new positive cases of the Coronavirus Disease 2019 (Covid-19), bringing the total number of positive cases to 363 since the first positive case was reported on March 13.

Deputy Chief Minister Datuk Amar Douglas Uggah Embas said all 15 of the positive cases are being treated at the Sarawak General Hospital.

“From that total, 2,284 cases are negative while 152 are still pending lab test results,” he told a press conference after chairing a meeting with the State Disaster Management Committee today.

Meanwhile, Uggah said that Sarawak today recorded 26 new Person-Under-Surveillance (PUS), or Sarawakians coming back from overseas or other states in the country, bringing the total to 1,078.

According to a statement released by the committee, in Kuching, 116 PUIs are being quarantined at Hock Lee Hotel, Rajah Court Dormani 85, Kuching Park 78, and Pullman Hotel 98.