Countries with the most powerful airforce in the world

After World War II, JASDF was planted in 1954, as an unified form of Imperial Japanese Army Air Service and Imperial Japanese Navy Air Service. Now the aviation branch of Japan Self-Defense Force, JASDF is one of the sharpest tool, responsible for the defense of Japanese airspace and other aerospace operations. With an impeccable array of ultramodern radar systems (Basic Air Defense Ground Environment) and combat air patrols, JASDF is widely known for its assaulter squadrons in the list of strongest air forces of the world.

Comparatively small but tremendously deadly, RAAF was established on March 31, 1921, and till the date it has majorly participated in some of the deadliest conflicts of 20th century including World War 2, The Korean War and the Vietnam War. Comprising of a powerful fighter fleet along with sophisticated technology, RAAF is credited for its abilities to immediately implement the kinetic and non-kinetic air effects.

One of the most striking air force with the trail of top-notch pilots, Luftwaffe was established in 1935, after violating the Treaty of Versailles. During the World War II, this air force overshadowed the skies of continental Europe and defeated its foreign counterparts with its technological edge. After the war, the Luftwaffe was re-established in 1956 and remains as the German Air Force to the present day. In 2005 and 2008, Luftwaffe fighter planes took part in the Baltic Air Policing operation of NATO. To support military operations in Afghanistan, the Luftwaffe had also sent over several war planes in 2006. 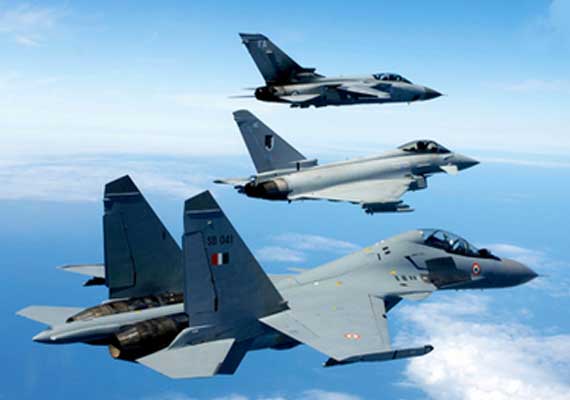 Considered one of the best equipped air force across the world along with professional standards, the Indian Airforce was founded on October 8, 1932, and since then it has been in the limelight of mainstream media for its logical expansion and modernization. In term of size, it is the fourth largest airforce in the world with approximately 127,000 personnel and 1,370 aircraft, though it still lag behind major rivals in technological upper-hand and quality of pilots.

Since Independence, the Indian Air Force had been involved in several wars, one with neighboring Pakistan and one with the People’s Republic of China. Other major operations undertaken by IAF are Operation Vijay- the invasion of Goa, Operation Meghdoot and Operation Cactus. The IAF had also been an active participant in United Nations peace keeping mission. During the Kargil War of 1999, the Indian Air Force had provided close air support to the Indian Army with the use of helicopters.

Founded in 1909 as the air force of the French Armed Forces, Armee de l’Air is considered as the world’s first professional air force. Dating back to history, the French had taken active interest in developing the air force from 1909. In the post-World War 2 era, the French made a successful effort to develop a domestic aircraft industry, creating the Mirage series of jet fighters, one of the most admired aircraft in the history of military aviation.

Buff of technological developments, methodical defensive strategies and straightforward doctrine of ruling skies, this air force is better known for comprising new generation multirole combat airplanes. Currently the French Air Force is expanding their numbers in aircrafts, it has 234 combat aircraft with the majority being 158 Dassault Mirage 2000 and 59 Dassault Rafale. There are a total of nearly 700 aircraft in service. With a long list of more than 330,000 personnel and 2,500+ aircrafts, PLAAF is the largest and most powerful airforce in Asia and is better known for comprising some of the deadliest self-reliance combat aircrafts. The PLAAF was founded with Soviet assistance on November 1, 1949, shortly after the formation of People’s Republic of China. Referring to the history, the PLAAF had fought the Korean War in Soviet built MiG-15, known as the J-2 in Chinese service, with training from Soviet instructors. With the withdrawal of Soviet aid due to the Sino-Soviet split, the airforce had made serious efforts to raise the educational level and improve the training of their pilots. After the fall of USSR, Russia became China’s principal arm suppliers. Today, the Chinese airforce has built up its own qualitative edge in modern air striking capabilities.

The kingpin of British military history and the decision maker of some of the world’s greatest conflicts, the RAF is the oldest independent airforce in the world which is renowned for its strategic bombing. It was founded during World war I, on April 1, 1918, by the unification of the Royal Naval Air Services and Royal Flying Corps. The RAF is one of the most technologically sophisticated and capable air forces in the world, the largest air force in the European Union, and the second largest in NATO, only after United States Air Force. 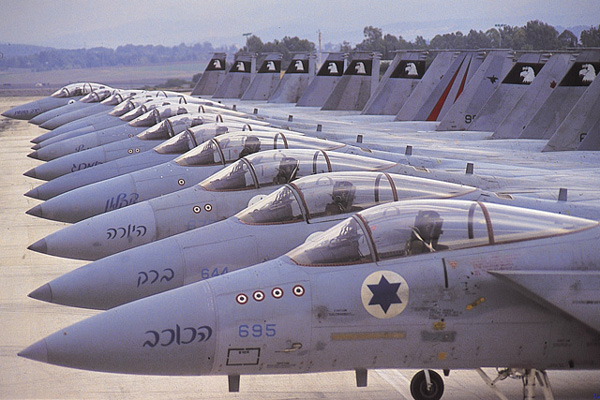 Israel is a nation whose survival depends on its aerial dominance over the skies of Middle East. Fortunately for the Israelites, they indeed do have one of the world’s strongest airforce. Founded on May 28, 1948 shortly after Israel declared its Independence, this air force had repeatedly exhibited its power to knock down its opponents. Creativity and resourcefulness were the early foundations of Israeli military success in the air.

The IAF is considered to be one of the most effective airforces in the world. IAF pilots went through some of the most toughest training in the world, and are considered to be of a very high standard, with very large fleet of modern aircrafts specially designed to meet Israel’s strategic maneuvers. It is one of the most technologically advanced airforces equipped with Boeing F-15 E Strike Eagle and a bevy of fighter, patrol, trainer and transport aircrafts. The characteristics of Russian air power is still undetermined due to its secretive nature. However, with amazingly effective doctrine and mechanized defense, the Russian Airforce possesses the ability to maneuver in any kind of terrain. Notable for implementing beyond-the-limit strategy with the weirdest technologies, this air force founded after the disintegration of the Soviet Union in 1991-92 has rebuilt itself to be the second most powerful in the world. Ruler of global skies, the USAF was founded on September 11, 1947, with the motto No One Comes Close. Indeed, even the second runner-up Russian airforce still has quite some distance to catch up with its American counterpart today. The USAF is among the most technologically advanced air forces in the world. As of 2010, the UASF operates 5,573 manned aircraft in service, approximately 180 unmanned combat air vehicles, 2,130 air-launched cruise missiles and 450 intercontinental ballistic missiles, giving it the largest number of warplanes in the world.

The United States has been involved in many wars, conflicts using military air operations. The members of USAF are very health conscious, adopting a stringent physical fitness assessment. Together with its navies, also the most powerful in the world, the U.S. airforce is capable to project its air power deep into any country, anywhere on earth.

Mistsubishi F-15 almost look the same as McDonald Douglas F-15 Eagle. I wonder if the Japanese F-15 can morph into a robot

look at the numbers US possess… they can really fight the aliens, i think…

look at the numbers US possess… they can really fight the aliens, i think…

I am surprised Israel made it to top 3. Thought it would be UK since UK are well-known for their navy and air force since WWII.

“Ruler of global skies, the USAF was founded on September 11, 1947, with the motto No One Comes Close.”

September 11… a scary yet familiar date to remember.

Where is Saudi Arabia, UAE & Turkey?

Where is Saudi Arabia, UAE & Turkey?