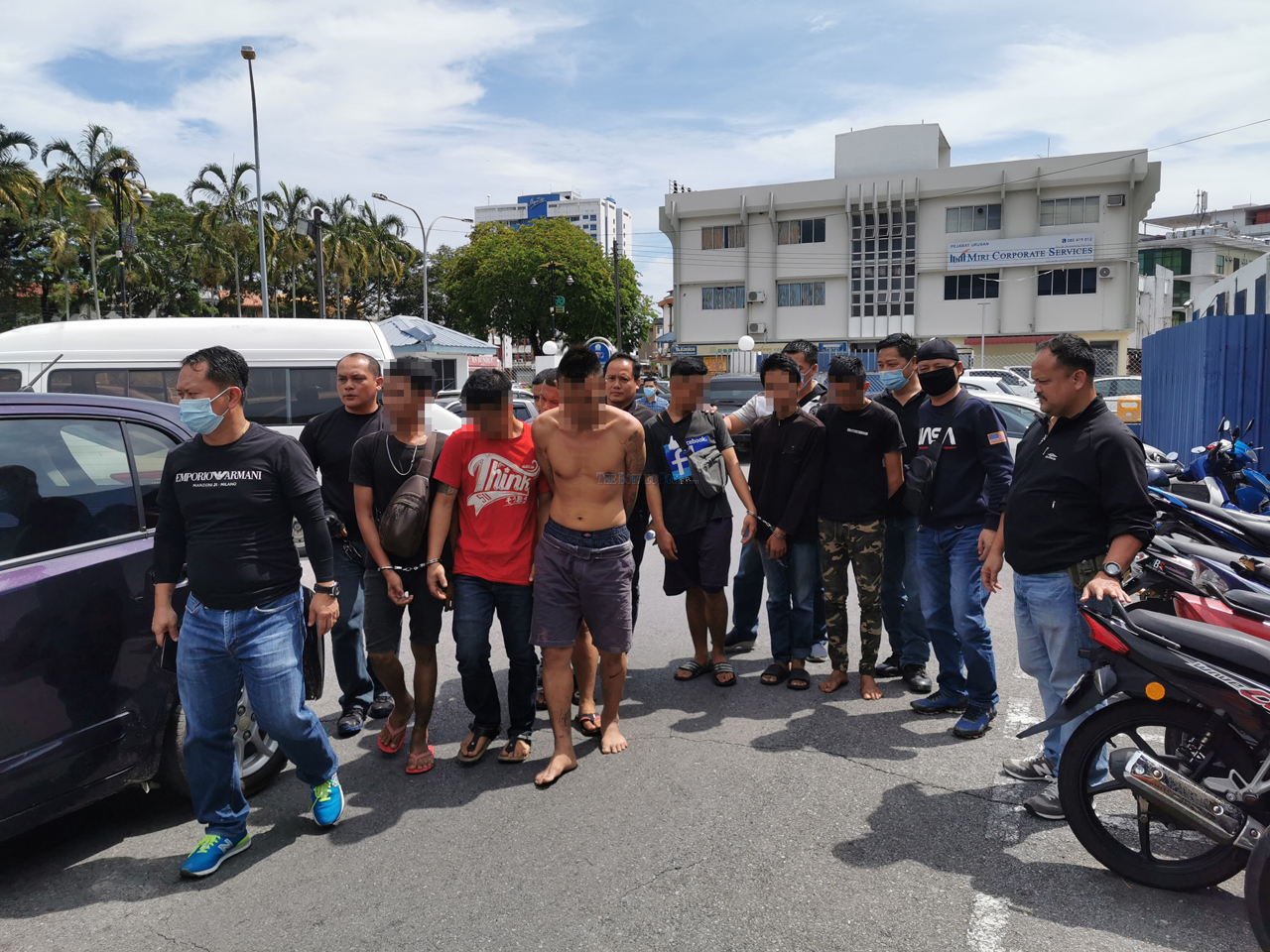 The suspects being led to Miri Central Police Station following their arrest.

MIRI: Police have solved several housebreaking and theft cases following the arrest of seven members of a gang here.

“The gang is believed to have been involved in housebreaking and theft in Miri since last year. With their arrest, we believe we have solved at least five cases,” he said when contacted. Police are investigating the case under Section 457 of the Penal Code.