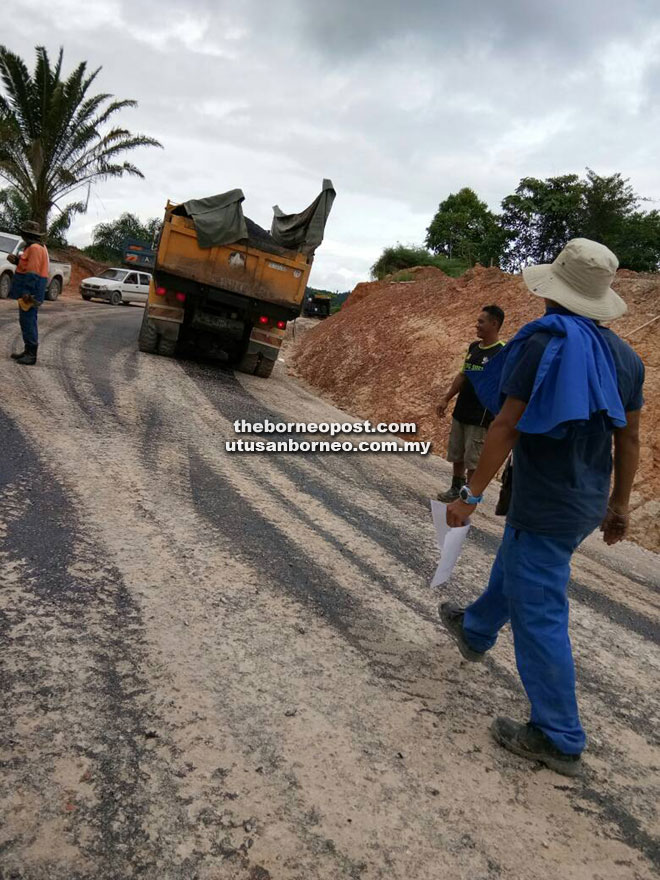 The contractor racing against time to pave the road following unexpected inclement weather.

are praying for fine weather to allow them to complete the job before the start of Baram Regatta 2017 following a week of heavy rain.

JKR Miri divisional engineer Chong Chi Fam said premix works is still in progress although it is affected by the wet weather.

“The bad stretches are the untouched section from KM17.65 onwards to Marudi town, made worse by the current wet weather.

“We still aim to complete the job as scheduled and it would be a smooth ride after the laying of road base at KM17.65 from Miri-Bintulu road junction,” he said.

Chong said the rainy spell hindered maintenance works where stones could not be delivered to the site.

“We pray that the bad weather holds off till after the regatta,” he said.

According to the plan, the contractor – CMS Road – will tar-seal another six kilometres of the 43km road, extending the tar-sealed stretch to 16km when the road is re-opened on August 18.

The road is closed between 10am and 3pm daily from Aug 7-17, meaning motorists have to scramble to use the road during the designated hours.

The heavy bouts of rain these past few days has caught many people by surprise as it is normally hot and dry this time of the year.

Malaysian Meteorological Depart­ment director-general Alui Bahari had predicted that the rain should subside by today.