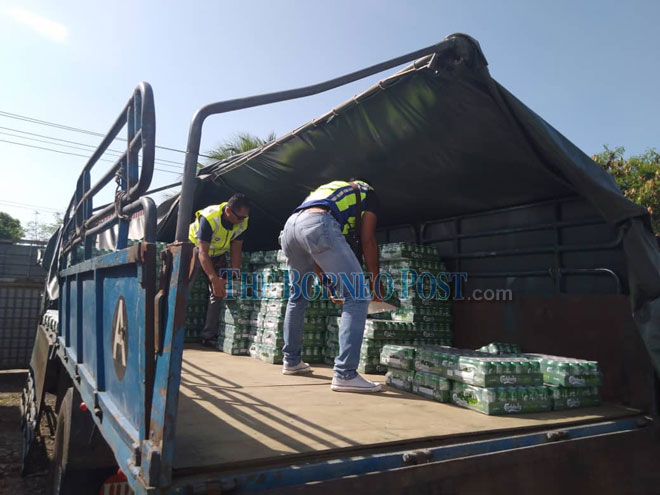 MIRI: The General Operations Force (GOF) scored another success with the seizure of beers worth RM195,750 from a workshop at Taman Delight here around 3pm on Tuesday.

Sarawak GOF commander Datuk Khaw Kok Chin told a press conference in Kuching yesterday that the raid, held in collaboration with the Malaysian Anti-Corruption Commission (MACC), was carried out following intelligence and tip-off from the public.

“A total of 1,305 boxes of beers of various brands suspected to be contraband worth RM195,750 were seized.

“A man believed to be caretaker of the premises was also arrested to facilitate investigation,” Khaw said.

The raiding team also seized a lorry and two vans estimated to be worth RM510,000, bringing the total seizure to RM705,750.

“The confiscated items and the suspect were then handed over to the police for further action,” he said.