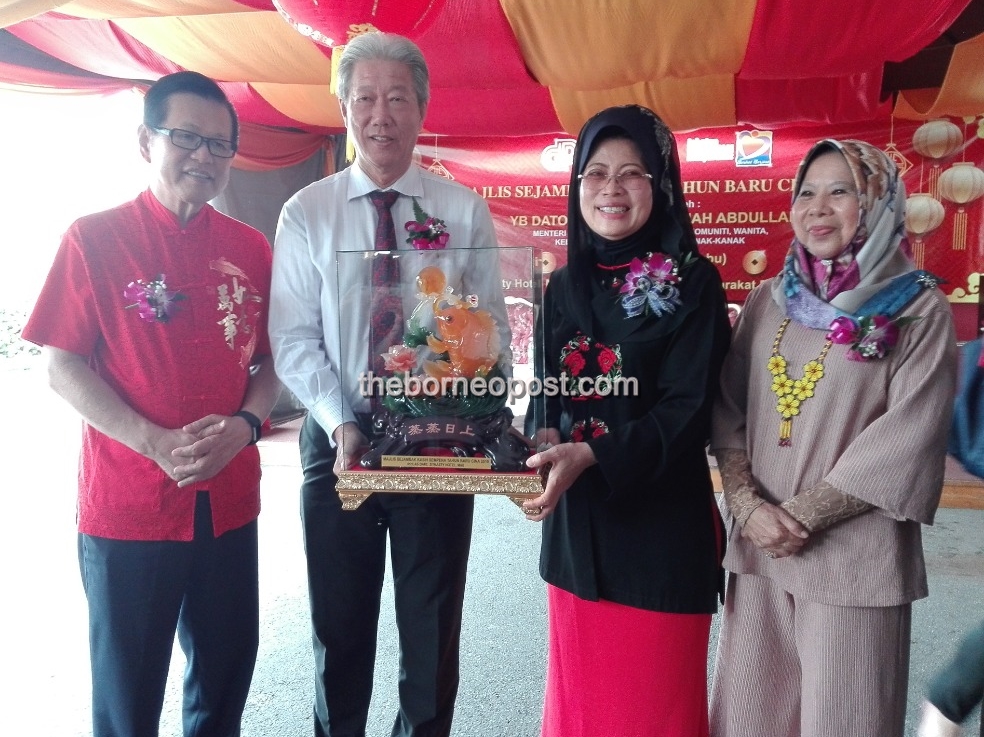 MIRI: A detailed study should be conducted first before imposing a curfew on teenagers below the age of 18, said Welfare, Community Wellbeing, Women, Family and Childhood Development Dato Sri Fatimah Abdullah.

According to Fatimah, an in-depth study is necessary to ensure that the implementation of the proposed curfew would be able to meet its objective.

“There is a need for the relevant authority to conduct a precise study on the proposal. Without a comprehensive plan in the implementation stage, we are worried that we will not be able to achieve its objective.

“There is a need for us to know who is the implementer and the law that is needed to support the curfew,” she told reporters during an interview after giving away Chinese New Year (CNY) goodies at Dynasty Hotel today.

Fatimah who is also Dalat assemblywoman, was commenting on the curfew proposal which was announced by Deputy Prime Minister who is also Women, Family and Community Development Minister Datuk Seri Dr Wan Azizah Wan Ismail recently.

Fatimah said she viewed the proposal to impose the curfew positively, which was aimed at preventing the targeted teenagers form getting involved in drug-related activities.

However, she strongly felt that there is a need for a holistic approach to curb the drug abuse issue among youths, such as by getting the involvement from the local community.