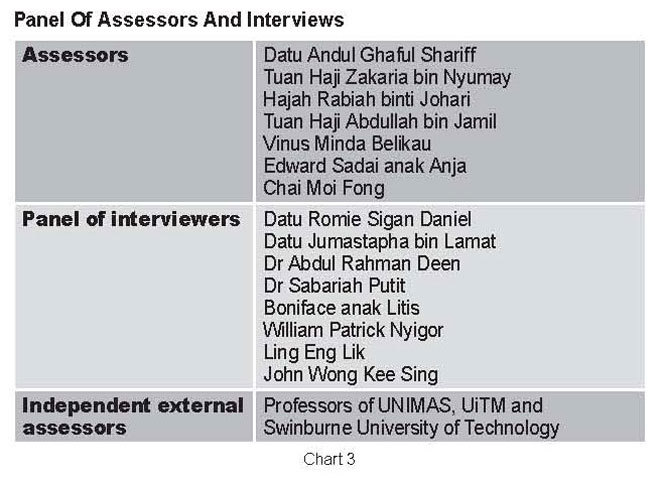 He said the issue on employment opportunities will also include gender equality in all sectors of employment: namely the Sarawak civil service, local government, statutory bodies and government-linked companies (GLCs).

“We acknowledge that the issue needs to be addressed. On the government side, the matter on employment opportunities in Sarawak as a whole including both the public and private sectors not forgetting the gender issue will be addressed by the committee chaired by the chief minister,” Uggah said in his winding-up speech at the State Legislative Assembly yesterday.

Uggah addressed the issue of civil service at length following The Borneo Post’s report published on May 28 that the state civil service is a far cry from diverse ethnicity that Sarawak is known for. The same subject was also highlighted by two DAP lawmakers Kota Sentosa assemblyman Chong Chieng Jen and Pelawan assemblyman David Wong Kee Woan during the DUN sitting.

Uggah clarified that the said report covered only one component of State Public Sector when there are four components which provide public service to the people in the state.

“Contrary to the reports in The Borneo Post dated 28 May, 2016 that focused on the Sarawak civil service without taking into account all components of the public sector, the number of civil servants in the professional and management group in the four sectors are mostly fairly distributed among the races.

“For example, as at 31st May 2016, for the management and professional group, there are 1,521 Malay/Melanau, 1,023 Dayaks and 1,162 Chinese in all the four sectors. This means despite the lesser Chinese in the public sector, 28 per cent of them are in the management and professional group while the Malay/Melanau and Dayak are only 11 per cent and 10 per cent respectively.(see chart 1)

Uggah implied that the representation of the employment should also be read together with the situation in the private sector.

He further explained that in the state’s civil service and local authority (excluding statutory bodies and GLCs) the number of qualified civil servants in the management and professional group are proportionate to the number of applicants. (see chart 2)

“For example, in 2015 there were 23,859 Malay/Melanau applicants, 19,389 Dayak applicants and 5,333 Cheese applicants in the management and professional groups. A similar trend is also seen in the support group. In 2015, the total application into the civil service including the support group by race are 82,114 Malay/Melanau, 60, 258 Dayaks and only 9,243 Chinese. These gaps between the groups were much wider in the past but thanks to the progress of education, especially in the rural areas, this gap is now closing up,” said Uggah.

“One can hardly find such uniqueness anywhere else in the world,” he pointed out.

Uggah said the state civil service is small and lean compared to the federal civil service; totalling only 14,278 of which only 1,487 are in the management and professional group, making up only 10 per cent of the total.

“In the federal civil service, 31 per cent of the 1.6 million in the civil service are in the management and professional group,” he said.

He also revealed the panel of assessors and interviewers and said the members are well trained to undertake the task of selection and recruitment. (see chart 3)

“These members of the PSC and Panel of Assessors are very dedicated people who have executed their task with high level of integrity and professionalism.”

Uggah was optimistic that the issue could be addressed soon with the recruitment of Grade 41 officers, and he hoped to see in future recruitments based on merits as practised in Singapore and successful organisations like Shell.

“I wish to call upon our young graduates to study hard and give their best in order to join the civil service which is now beginning to become the preferred employer due to better perks and benefits given by the government,” said Uggah.