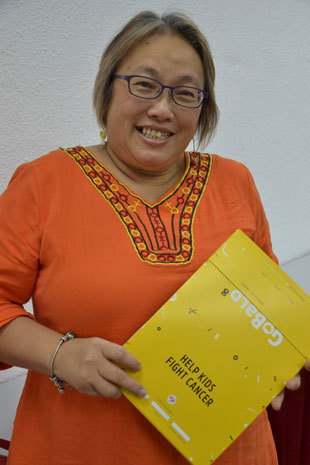 MIRI: Participants of the Go Bald 8.0 Bintulu leg to be held at Parkcity Everly Hotel tomorrow are advised to come early.

“We received great response from two previous shaves in Kuching and Miri that were simultaneously held on May 15. Therefore, we are keeping our fingers crossed for greater crowds at Parkcity Everly Hotel and Delta Mall in Bintulu and Sibu respectively on the same day,” she said.

This year, SCCS is targeting to raise RM1.5 million from the campaign to help cover the huge operating expenses which could be over a million ringgit yearly.

“Part of the funds will be used to cover the expenses of two halfway homes in Kuching and Miri which provide accommodation for outstation children being treated in the general hospital and their accompanying family members.” More importantly, the campaign aims to create awareness of childhood cancer and the impact such as hair loss following chemotherapy.

“With the annual funds raised, the society hopes to continue to develop its services and provide continuous support throughout Sarawak. One of the plans is to create a ‘Back to School’ programme to prepare school going children for the transition back to school.

Hee also revealed a plan to build a halfway home in Sibu for patients from rural areas being treated in Sibu General Hospital. It will be the third halfway home after those in Kuching and Miri.