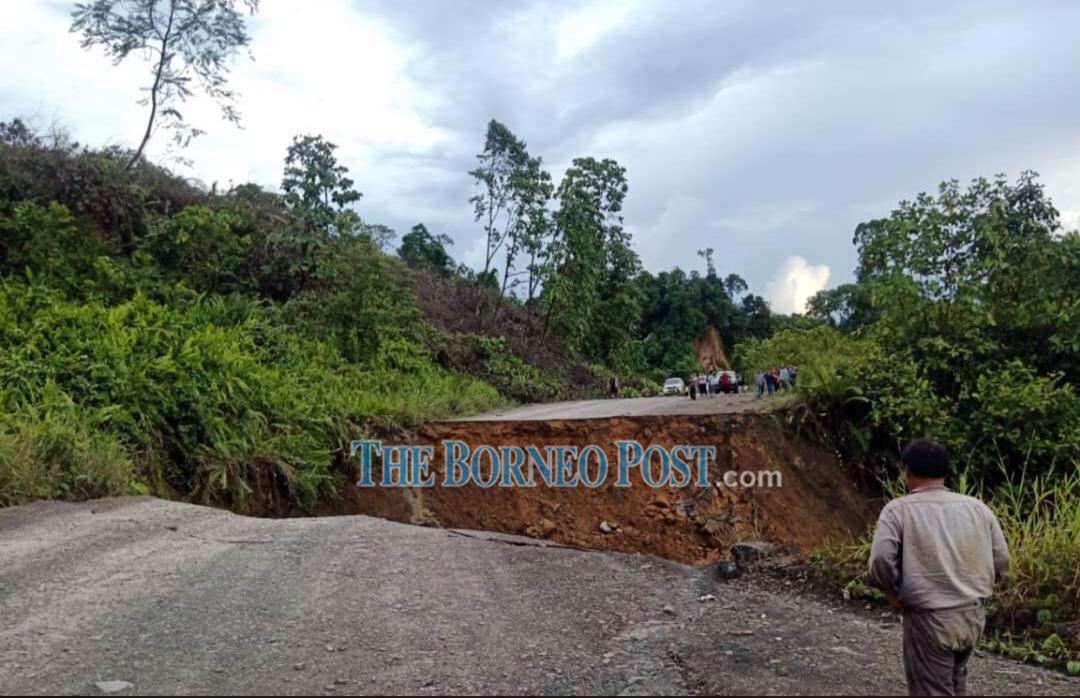 Villagers from Upper Baram were forced to turn back after they could continue their journey following the collapsed of the main road between Long Pillah and Long Miri.

MIRI (Sept 14): More than 20 villages in the upper reaches from Long Pillah onwards (up to Ulu Baram and Bario) have been cut off from the outside world after the main road between Long Pillah and Long Miri collapsed yesterday.

Telang Usan assemblyman Dennis Ngau when contacted, said he had since received numerous complaints from his constituents who were forced to turn back to their respective villages following the incident.

“Yes, I had received a lot of messages from my constituents on the road which had collapsed yesterday. That is the main road connecting these villages with the outside world,” said Dennis.

He added that he had contacted Samling this morning to arrange for repair works to be conducted on the affected road.

Dennis also pointed out that there was another area that also needed urgent repair which was the area after Temala Brigde (Long Lama-Apoh road) which was hit by a landslide recently.

“I am very concerned with the safety of those traveling using this road especially during rainy season.

“I travel often by these roads and I always observe the road conditions especially if there is any landslide, hence I am urging my constituents and those traveling using these roads to also be extra careful and vigilant to avoid any untoward incidents,” he said.

When asked on the flood situation in Apoh region, which is under his constituency, Dennis said he had visited Long Bemang yesterday.

Heavy rains since last weekend had caused flood in Long Bemang which was situated in a low lying area.