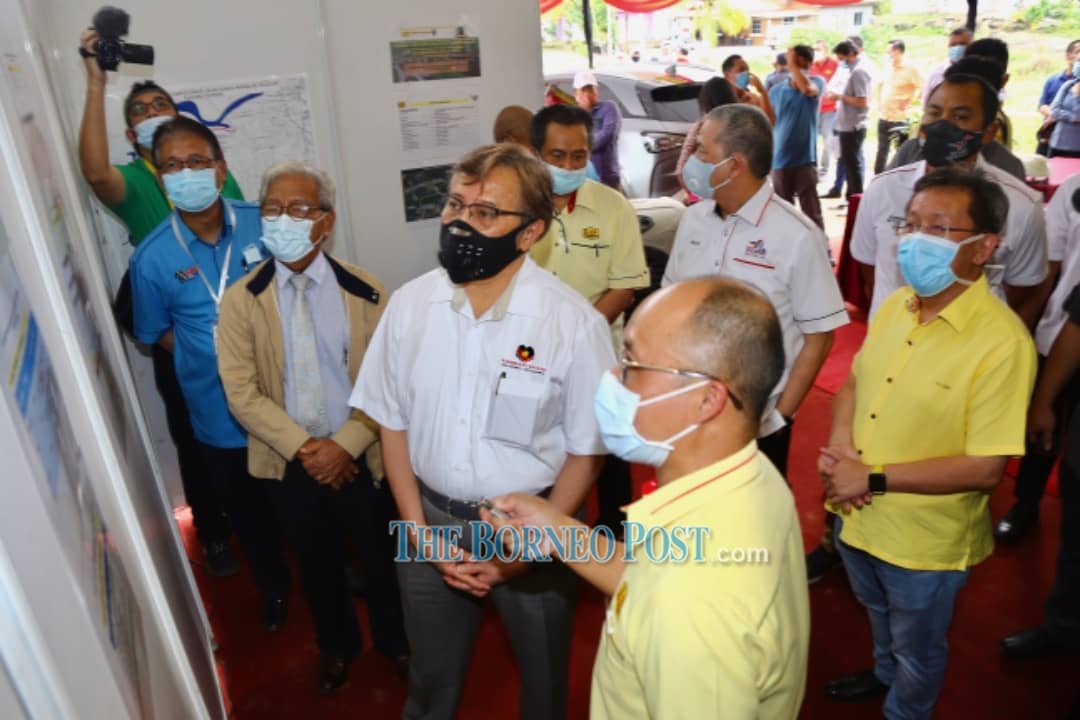 Abang Johari (second right) and Masing (third right) listen to a briefing on the project.

Abang Johari said they could not review the project now to avoid any delay.

“If we were to review the funding, asking the federal government to finance the projects, it will take time for them to approve the funds, which will eventually delay the delivery.

“What we do is, we proceed with our own money; since we have committed it, we will do it,” he told reporters after officiating the earth breaking ceremony of the proposed Jalan Sungai Maong to Segedup road here today.

He said this when asked if the state government is considering asking the federal government to fund the construction of the five major bridges.

Abang Johari said what they might do is to ask the federal government for the same amount to construct the five bridges or more to implement other infrastructure projects in Sarawak.

The state government last year had approved the construction of five major bridges at a total cost of RM2.5 billion to connect coastal roads between Kuching and Miri, stretching over a span of 928km.

The five bridges – at Batang Lupar, Batang Saribas, Batang Krian, Batang Igan and Batang Kemena – are expected to be completed within the next five years.

Earlier in his speech, the Chief Minister said the local community would experience a boost upon the completion of the proposed Jalan Sungai Maong to Segedup road.

He said new projects usually come with new employment opportunities, stimulating the local economy and lead to a boost in the real estate development.

“We will bring development to area like building housing estates, which will also improve the welfare of the people not just in the area but also the public at large,” he added.