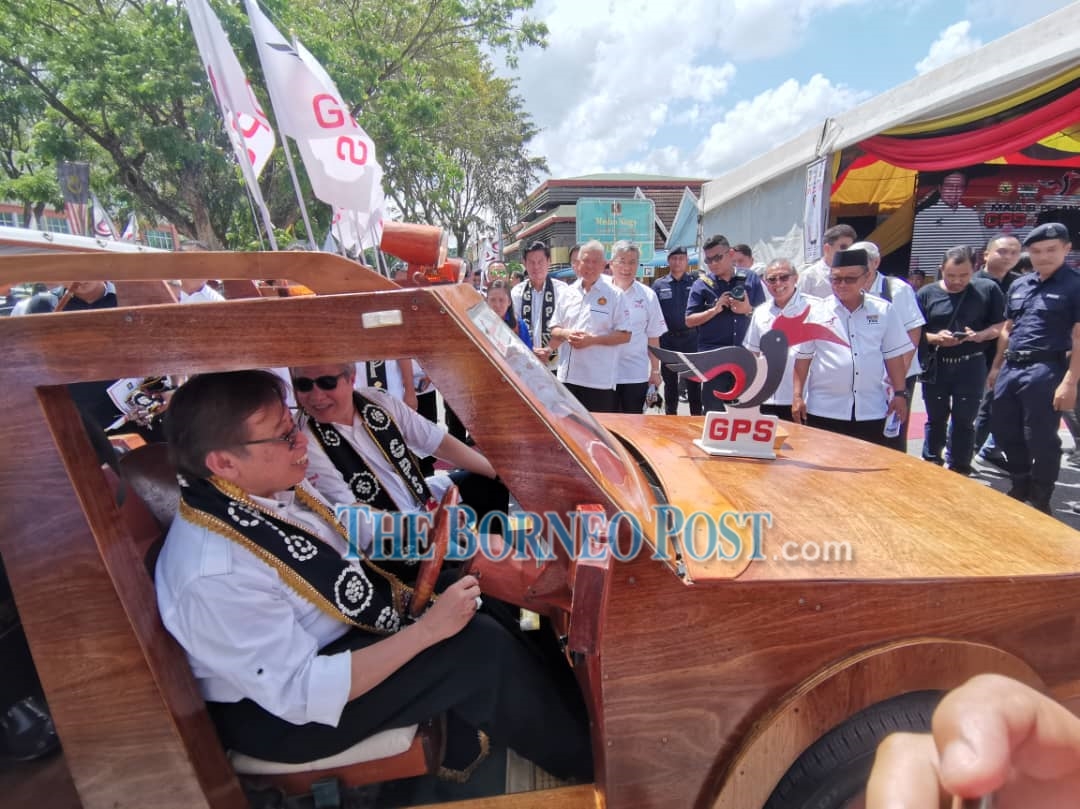 Abang Johari driving the GPS-inspired car remake by Sulaiman Mahrop using Sarawak timber and plywood for the bodywork. He was accompanied by Awang Tengah.

Abang Johari said this would be undertaken under Northern Region Development Agency’s (NRDA) infrastructure development plan, linking the road from Brunei all the way to the second bridge across Limbang River and the coastal region of Lawas.

“It does no matter that others may not want (to build it) but we will build this coastal road linkage, passing through Brunei,” he said at the launch of GPS Zon 15B here today.

He said more funds will be allocated to NRDA under the 12th Malaysia Plan if GPS remains in power then.

NRDA has been allocated RM1.5 billion to be spent over two years by the state government to spearhead the acceleration of development in Limbang and Lawas districts and a master plan has been drawn up to flesh out the enabling infrastructures, amenities and services required.

Abang Johari in photo call with GPS leaders and members who were present at the launch of GPS Zon 15B.

Abang Johari said part of the government initiatives in boosting rural transformation in Limbang and Lawas districts is in line with the proposed economic cooperation between Sarawak and Brunei where Awang Tengah is the joint committee chairman.

He assured that the request by Assistant Minister of Agriculture, Native land and Regional Development Datuk Dr Abdul Rahman Ismail for a Customs, Immigration, and Quarantine Complex (CIQ) to be built at Pendam-Lumapas will be discussed when in the coming Malaysia-Brunei meeting.

He pointed out that the the slew of development in Limbang and Lawas which covered roads, bridges, esplanade and other government projects are undertaken to meet the needs and aspirations of the local people.

“Only GPS government and its leaders know intimately and appreciate the nuances and peculiarities of Sarawak like the seamless celebrations of each other festivities such as Chinese New Year, Gawai and Raya where her people live in peace and harmony. 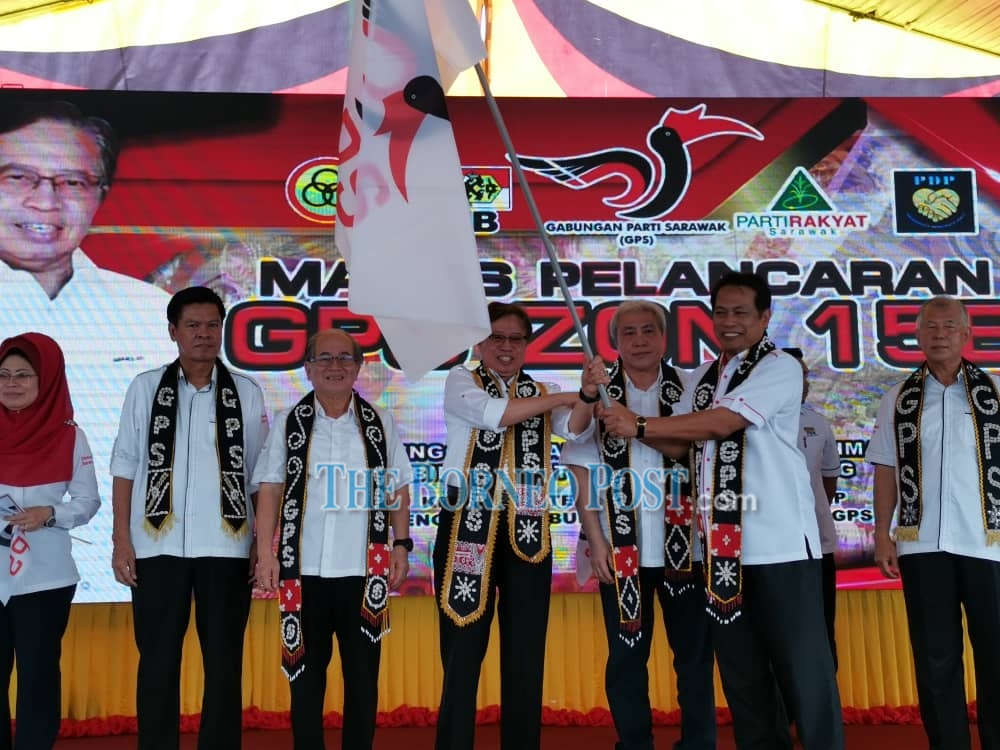 Abang Johari handing over a GPS flag to Dr Rahman at the launch of GPS zone 15B as others look on.

The chief minister said it is imperative that the prevailing political stability and peace which has attracted foreign investments, spurred steady economic growth of five to six per cent growth of the gross domestic product (GDP) and delivery of election pledges by GPS government is supported by Sarawakians in the next state election.