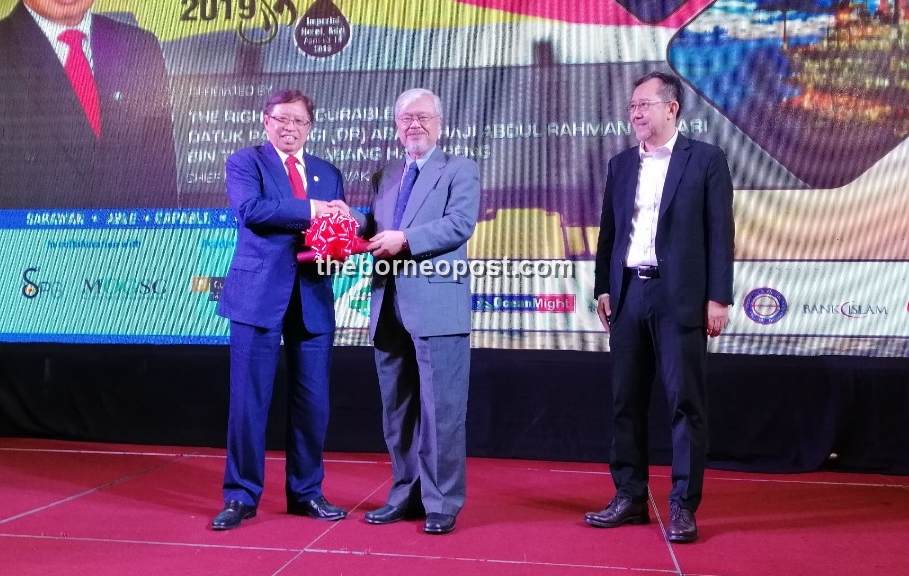 MIRI: The Sarawak government, through Petroleum Sarawak Berhad (Petros) is taking a more holistic approach by working with established industry players such as Petronas and Shell, in an effort to manage the Sarawak’s oil and gas resources effectively so that it could benefit its people and state’s economy.

Chief Minister Datuk Patinggi Abang Johari Tun Openg said that although Sarawak government has rights over its natural resources, it may not have enough experience to manage it independently.

“We are still dependent on established oil and gas establishments. It is important to note that even though we have the resources, it is nothing if we cannot manage it properly.

“Therefore, there must be a balance in our approach and in order to get the benefit, we must work and share the benefit with established players,” he said when addressing his opening speech at the Sarawak Oil and Gas Seminar and Exhibition (SOGSE) at a leading hotel here today.

In stressing the importance of data sharing in the oil and gas industry, Abang Johari said that it would be beneficial for industry players to do so as it is a win-win situation for them.

“Back in 1988, I was told that Sarawak’s oil and gas reserve would last only two more decades before it dries up. But it is now 2019, and I am still here. Up until today, I am sceptical of our oil reserves. The drilling activity is still going on. It proves that the seismic data I was told back then, may not be correct or possibly because they are not willing to share with us.”

He also said that Petros, which was formed within the framework of Sarawak’s legal position, is playing huge part in the upstream and downstream activities.

“With the seismic date that we are able to retrieve from international profile, we’ll need the experienced and professional people to analyse these data. That is why we need Petros that comprises of experienced and professional, so that they (Petros) can talk to their counterparts. We need the correct data because the future of the industry based on correct data,” he said.

Abang Johari pointed out that after exercising Sarawak’s legal rights and executing its part in upstream and downstream activities, it is also equally important to add value to these activities – through technology and human upscaling.

“The demand on crude oil is declining due to the increasing demand on clean energy. Therefore, there is a need to produce hydro-energy, and other derivatives from the organic resources, in order to sustain the economy,” he said.

Abang Johari reassured the industry players that Sarawak government is committed to make sure that Sarawak will get its share from its natural resources.

“If we are talking about our constitutions, we have to be very careful. That was why we abstained when the Bill to amend the (Article 1(2) of) Federal Constitution was put up for vote. It is not because we felt like it, but we must make sure that the spirit and the content of the Malaysian Agreement must be complied.”

He pointed out that there were four areas in the Federal Constitution that cannot be negotiated, namely land, immigration autonomy, the rights of the state government on land resources and boundary.

“These cannot be negotiated as long as GPS is in Sarawak because the people’s interest is above all,” he reiterated.