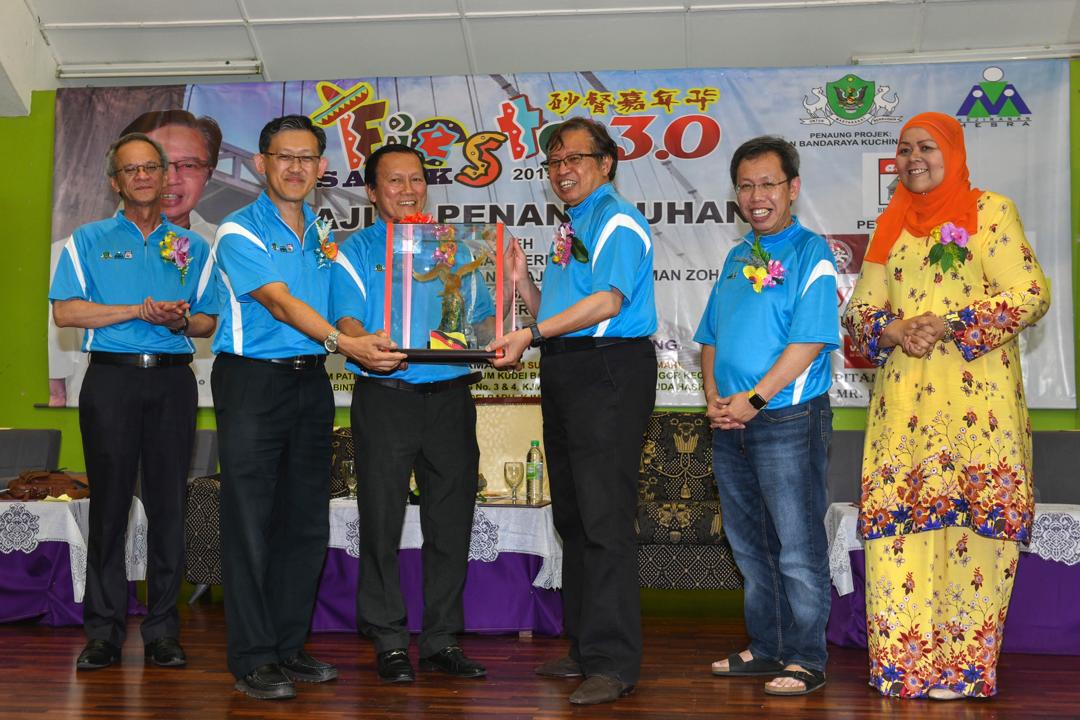 Abang Johari added that the cat was out of the bag regarding PH’s decision to form the MPKKP.

“Today I read that they said MPKKP was a weapon to capture Sarawak in the coming state election. This is what Malaya (Peninsula Malaysia) said.

“The secret is out. When the people are divided, they can take over. If they take over, habis (gone) our oil and gas,” Abang Johari said in his speech during the closing ceremony of ‘Fiesta Satok 3.0’ at the Sungai Maong Community Hall yesterday.

He added that not only would PH make a grab for the state’s oil and gas if they take over, they would make a move on the state’s land.

“Later they (PH) will change our laws. Now the land is under the state government; later they introduce a new land code. If they capture Sarawak, they can pass the law,” Abang Johari cautioned.

Thus, Abang Johari urged Sarawakians to stay united in defending the state and the state’s rights.

Democratic Action Party (DAP) secretary-general Lim Guan Eng said that MPKKP was one of PH’s ‘weapons’ in the coalition’s strategy to capture Sarawak in the coming state election in his speech during the DAP Sarawak’s Annual Convention at Eastwood Valley Golf and Country Club in Miri today.

Meanwhile, Abang Johari also congratulated the organising committee of Fiesta Satok 3.0 as well as the members of the community that joined in the event and announced an allocation of RM50,000 for next year’s Fiesta Satok.

According to the event’s organising chairman Sih Hua Tong, Fiesta Satok was organised by 11 Friendly Neighbourhood (KJM), with KJM Sungai Maong playing the host, and saw about 12 programmes organised during the two-day event.

Sih also said that the KJM concept under the Kuching North City Commission (DBKU) was the best model in fostering the neighbourhood spirit, and its concept was very different from MPKKP, and its model should be studied more in detail and expanded to other areas in the state.

“MPKKP is the federal government’s tactic to divide and rule in Sarawak. Thus, as Sarawakians we should wholly oppose MPKKP. MPKKP will surely divide the community here in Sarawak,” Sih said in his speech.