Clouded leopard traders to be prosecuted in court 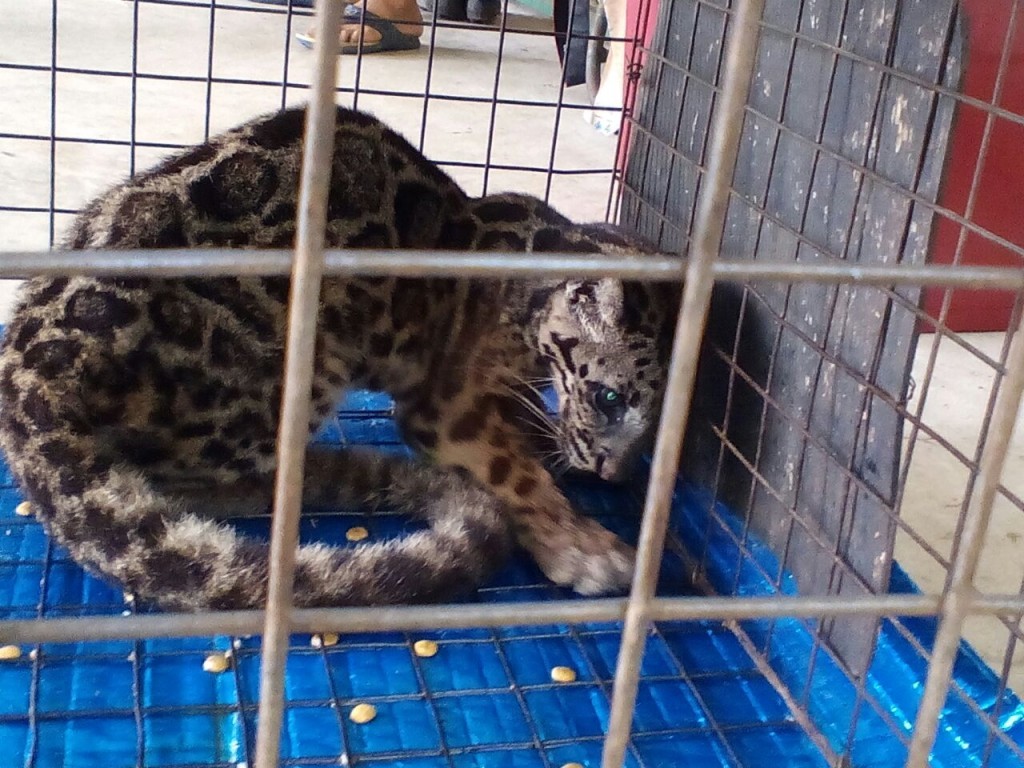 The clouded leopard from Brunei on sale for RM20, 000 on a social media platform.

MIRI: Two Bruneians have been remanded here since Friday to assist investigations into the illegal trade of a clouded leopard.

The case of the totally protected animal, known scientifically as Neofelis nebulosa, was handed over to the Forest Department Sarawak (FDS) for further action.

The selling of the clouded leopard was discovered on social media.

“Subsequently, enforcement officers went undercover to further investigate the case. This was the first time such a case has been received by the FDS.

“The clouded leopard is still alive. It is believed that the animal originated from Brunei and was brought to Sarawak for sale at a price of RM20,000,” said an enforcement officer.

He added that the duo will be brought to court for the illegal trade of the totally protected animal.

If found guilty, they will be fined RM25,000 and be sentenced to a jail term of up to two years under Section 29 (c) of the Wildlife Protection Ordinance 1998.

Meanwhile, he revealed that two men were suspected of killing a clouded leopard in Bakun.

“The case was also found on social media and we are currently in the midst of investigating and locating the whereabouts of the men,” he added. 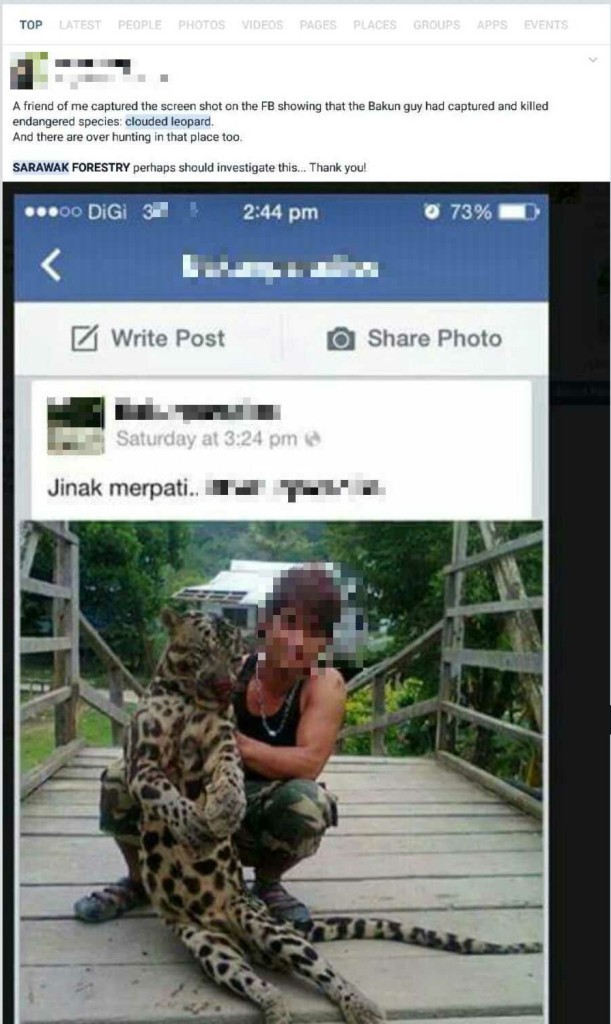 “Jinak merpati.. (Tame as a pigeon),” reads the description on this post of a local man on a Facebook page after killing a clouded leopard in Bakun. 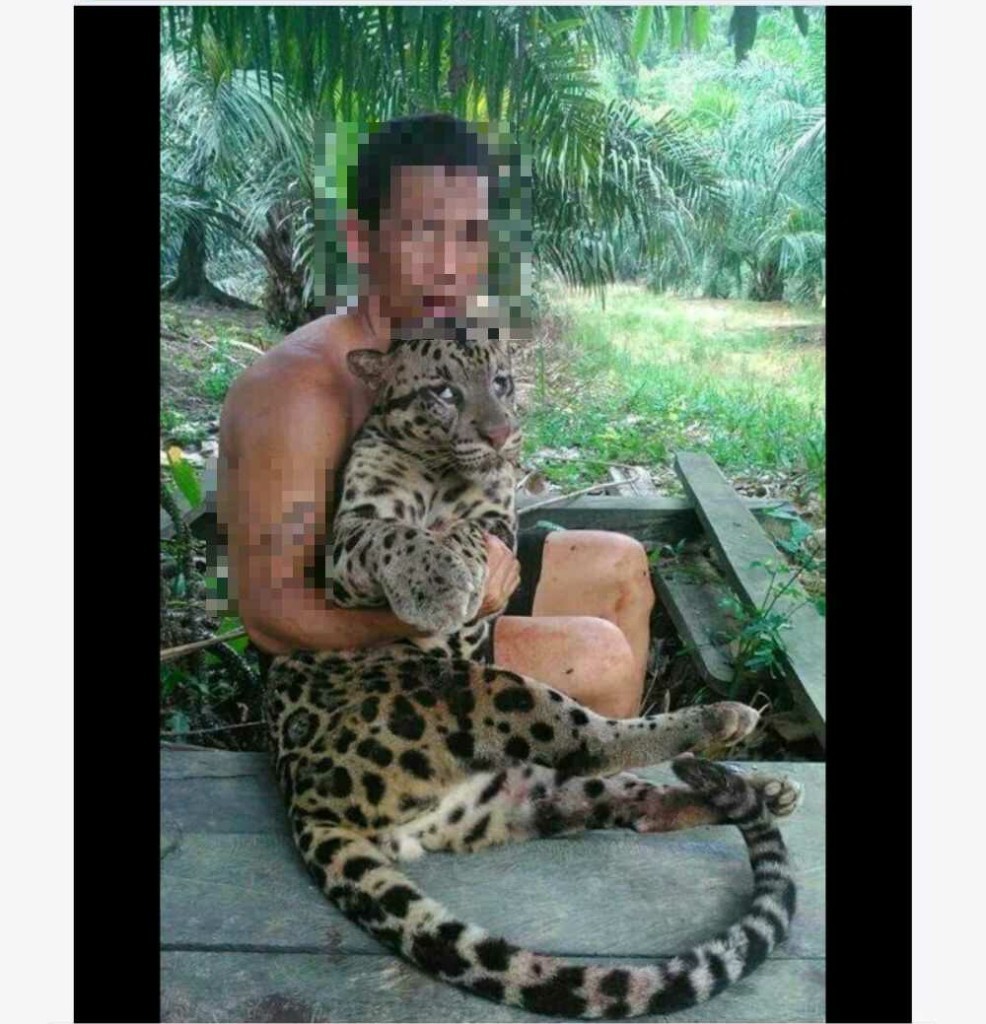 Another case of an illegal killing of clouded leopard in Bakun was found on Facebook page recently.

In a separate case, four Indonesians were convicted on Friday in Marudi for having 10 birds of the White-rumped Shama species or ‘burung murai batu’ and two birds of the Hill Mynahs (Gracula religiosa) in the possession.

According to the FDS enforcement officer, both species are protected under the Wildlife Protection Ordinance 1998.

“The Indonesians were found guilty and were sentenced to serve eight years in prison for the offence committed,” he said.