Ciggies, beer with RM126,000 in unpaid duties seized by Customs 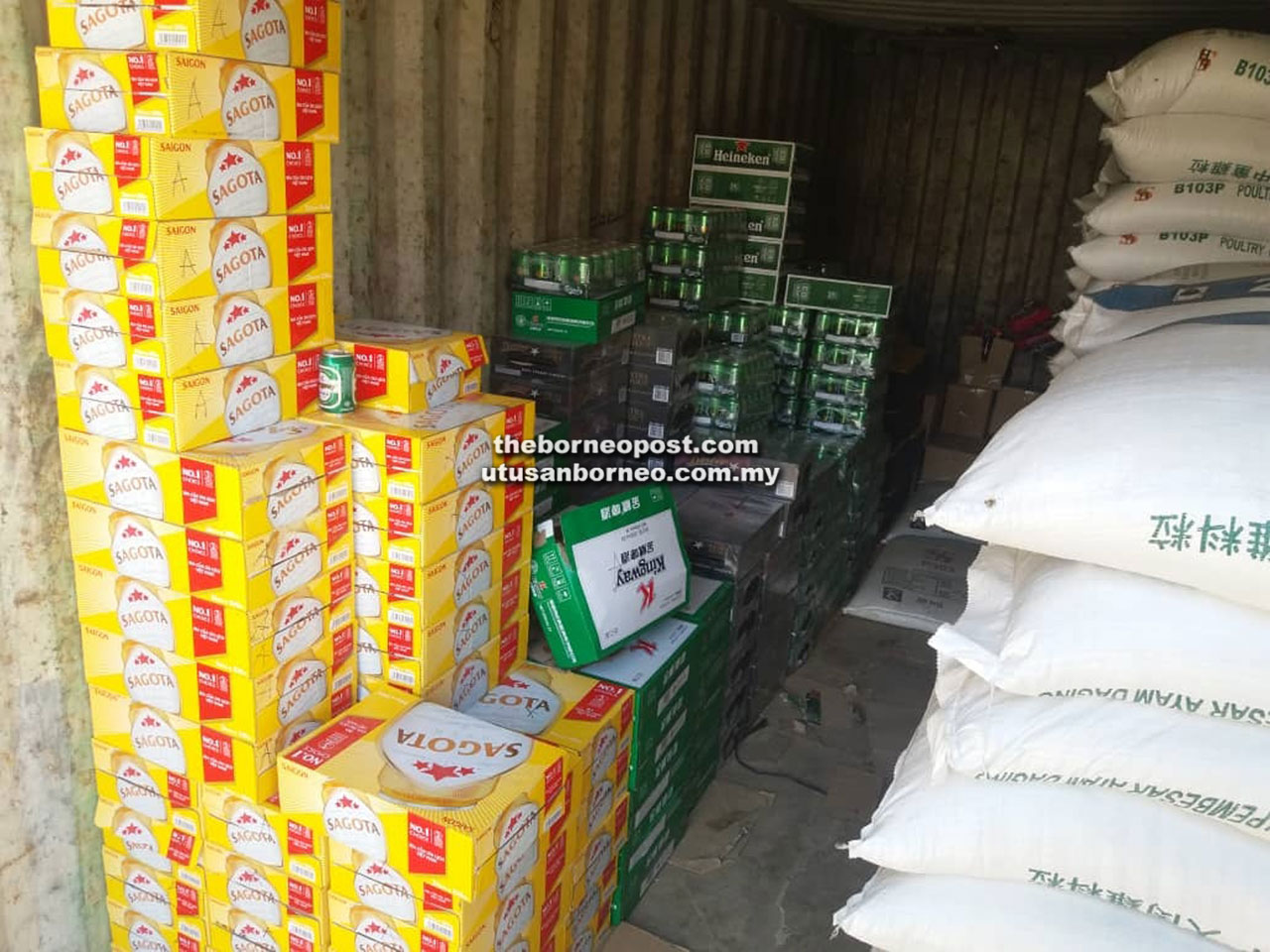 The alcoholic beverages seized by the Customs enforcement team.

KUCHING: The Customs Department seized cigarettes and alcoholic beverages with unpaid duties and arrested two persons during an operation at a shop in Tinjar, Long Lapok on Wednesday.

A statement issued yesterday said the raid was carried out by the department’s enforcement personnel from Miri and Bintulu.

The statement also urged the public to channel information involving drugs or smuggling of cigarettes, alcoholic beverages or fireworks, by calling the department at its toll-free line 1-800-88-8855, Customs Sarawak headquarters at 082-472133, or the nearest Customs office.