According to a survey conducted by research firm Gartner, Lenovo took over the top vendor spot for the first time with 15.7% of the market in the third quarter of 2012, edging HP who had 15.5%. The company’s net profit for the three months ended September 2012 rose to US$162.1 million from US$143.9 million a year earlier, Lenovo said. Revenue climbed 11 per cent to US$8.67 billion from US$7.79 billion a year earlier.

The company is not shy to celebrate its new position. “Lenovo became the worldwide number one consumer and notebook PC company in fiscal quarter two and remained as the largest PC company in emerging markets, including China,” Lenovo said in the Hong Kong Stock Exchange today.

It is another milestone for Lenovo’s Chief Executive Yang Yuan Qing, who succeeded in building the Chinese PC company into the worlds biggest in just 7 years after acquiring IBM’s personal computer division in 2005. At that time, IBM was the third largest PC maker after HP and Dell. 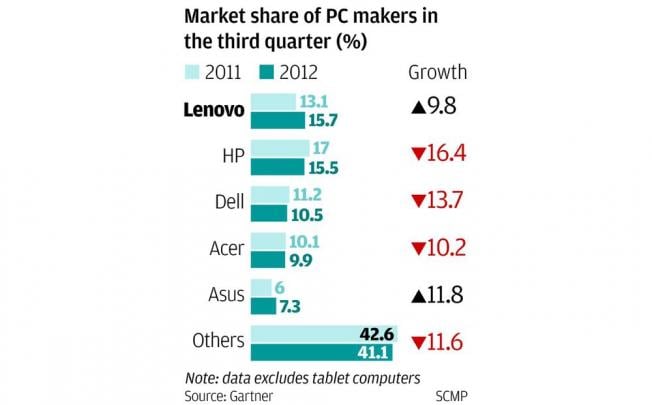 But dominating the world’s desktop and laptop computers isn’t enough. Yang now wants to extend that dominance to smartphones, competing directly with the likes of Samsung and Apple.

Lenovo has been outperforming rivals such as US-based HP and Dell, with a rise in PC shipments of 10 per cent in the second quarter compared to a year earlier despite softening global demand. Worldwide PC shipments however, have been declining as consumer habits change and more people connect to the Internet through smartphones and tablets instead of more cumbersome personal computers and laptops.

It is therefore, Yang decided to step up development of smartphones, tablets and Internet-ready TVs to widen Lenovo’s product line for consumers, make it the Chinese version of Samsung Electronics. So far it has been a success, the companys mobile Internet and digital home unit, which makes smartphones, tripled its sales to $1.31 billion during the first six months of 2012 from $496.7 million a year earlier.

Lenovo’s mobile unit, which previously sold smartphones only in China, added four new markets last quarter: India, Indonesia, the Philippines and Vietnam, Yang said. Expanding smartphones to other markets, especially emerging markets, is definitely our strategy, he said. We are confident that will work.

Analysts agreed that the company’s future outlook is positive. Lenovo is poised to extend its global lead and grow further, Don See, a Singapore-based analyst at Standard Chartered Plc, wrote in a Nov. 2 report. Lenovo achieved its 14th sequential quarter of market share gains when its growth rate outpaced that of competitors in the PC industry.

Shares of Lenovo has climbed 28% this year in Hong Kong Stock Exchange. 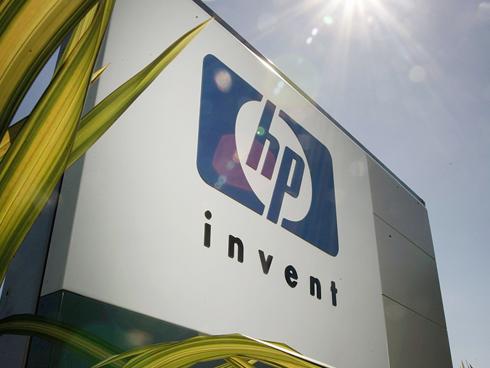 No offence. I had read it on newspaper. Thank you anyway. :lol:

For me, Lenovo & Asus are my top choices in PCs.

They say tablets, smartphones, etc. I tried those, for entertainment and leisure they are good, but if you want to do some real serious works, it’s back to desktops and laptops.

NEC also produce a very good laptop. But where are they now? :roll:

On January 27, 2011, Lenovo formed a PC joint venture with Japanese IT company NEC. As part of the deal, the companies said in a statement they will establish a new company called Lenovo NEC Holdings B.V., which will be registered in the Netherlands. NEC will receive US$175 million from Lenovo through the issuance of Lenovo’s shares. Lenovo, through a unit, will own a 51% stake in the joint venture, while NEC will hold a 49% stake. Lenovo has a five-year option to expand its stake in the joint venture.

There you go, NEC’s PC division has already been merged into a joint-venture which Lenovo owns 51% and NEC 49%. The two together formed the largest PC maker in Japan with 25% market share. Lenovo has the option to buyout NEC’s stake (like it did for IBM in 2005) by 2016.

HP brand? damn it! my compaq got LCD flickering and they change a new one for me after using 7 months++. After that, my motherboard collapse after 1 yr use. damn it… warranty is over so boooom!!! say no to HP COMPAQ!!!

From my experience I have yet to come across many problem with 1Malaysia made by Lenovo.

HP brand? damn it! my compaq got LCD flickering and they change a new one for me after using 7 months++. After that, my motherboard collapse after 1 yr use. damn it… warranty is over so boooom!!! say no to HP COMPAQ!!!

Your statement make me rethink about HP … but i still think HP’s design look awesome … am i wrong??? AAAAAAAAA!!! :lol:

[quote=“insatiable”]HP brand? damn it! my compaq got LCD flickering and they change a new one for me after using 7 months++. After that, my motherboard collapse after 1 yr use. damn it… warranty is over so boooom!!! say no to HP COMPAQ!!!

Your statement make me rethink about HP … but i still think HP’s design look awesome … am i wrong??? AAAAAAAAA!!! :lol:[/quote]

HP is crap. Trust me. Compaq line is even worse.

Not i don’t trust you guys, just that i don’t trust myself … just like knowing this is wrong but still will do it … that’s the worst part of myself … AAAAAAAAA!!! :evil:

HP should just put up a joint-venture with Asus, transferring its PC division to that company. Its imagining & printing are top notch and leading the world, with half of all operating profits from printers. The PCs division is lagging and dragging down the entire company’s profit margins.

What happen when rival IBM spun off its PC division in 2005 and start focusing on core businesses? Its stocks rose from $85 to $190 now. Sure IBM lost the world’s no.1 IT company position to HP in 2006, but it doesn’t matter now; Apple is currently top and Samsung second.

HP shares were around $25 in 2005, what’s now? $14 only. Sometimes you need to accept that you can no longer properly manage it and others would do a better job.

lenovo price is the best bang for buck now, and their pc are having solid built as well. black and tough look, never get outdated. Asus is rocking as well, awesome design with its well known heat ventilation in laptop. Dell having great great deal as well but super damn slow delivery if u buy online and their design suck to the max. Hp speechless, total bullshit