China to Korea &amp; Singapore: Global rig market should be ours

After 1945, the world witnessed a period of rapid industrialization and uninterrupted economic expansion especially in the West and Japan. Known as the postwar economic boom, during this time there was high and sustained growth, coupled with near-full employment, gave birth to the highly-industrialized western states and Japan we known today. 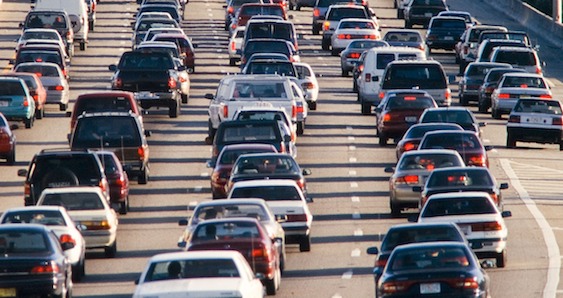 Factories sprung up en masses and scientific breakthrough enabled a more mechanized production. It was an economic golden age for many countries. In 1957, British Prime Minister Harold Macmillan captured what that period felt like: “Let us be frank about it, most of our people have never had it so good. Go round the country, go to the industrial towns, go to the farms and you will see a state of prosperity such as we have never had in my lifetime nor indeed in the history of this country.”

In the U.S., there was the ‘Golden Age of Capitalism’, in France, they had ‘Les Trente Glorieuses’ (“The Glorious Thirty”), in West Germany, it was the ‘Wirtschaftswunder’ (“German Economic Miracle”), and the Japanese postwar economic miracle catapulted it to become the world’s second largest economy.

But around the same time, the industrialized world come to rely on a vast energy supply to fuel almost everything from manufacturing to transportation to communication, to security and to health delivery systems: that crucial supply is oil. The demands for oil soared to unprecedented level, and the rush to drill oil persisted even until today.

With declining oil reserves on lands, humans drill further and further deep into the sea

As the volume of inland oil production declines and reserves fading out, countries move towards offshore oil drilling, extracting hydrocarbons from seabed. By 1970s, two countries saw opportunities in oil service industries. Singapore and South Korea, despite being nations without any oil of their own, decided to capitalize in the oil boom and went ahead with ambition to make it big in the petroleum industries.

The two ventured into oil refining, a downstream side of the petroleum industry, promoting themselves as cheaper alternatives to the refineries in developed world. Planning and execution was so successful that Singapore and South Korea managed to attract the necessary investments to construct some of the world’s largest oil refineries.

Today, Singapore exports 1.4 million barrels of (refined) oil everyday, while South Korea 1 million barrels, making them artificially more influential in the international oil market than otherwise oil-rich nations like Malaysia (who exports 650,000 barrels a day) and Brunei (200,000 barrels). Singapore, without a single drop of oil reserve on its lands, is now the pricing center and leading oil trading hub in Asia.

A thriving refinery industry spurred the promotion of oil equipment manufacturing. Singapore and South Korea noted the move towards offshore drilling, and began to invest heavily into the marine engineering sector. In line with this, mass training schemes for the workforce were implemented to build the core skill levels in the various shipyard trades.

The marine industries of both nations went through a phrase of consolidation, and with broad inception of technology and skills, by 1980s, Singapore and South Korea were ready to compete with international rig builders. Backed by government initiatives, Korean and Singaporean shipyards headed out to face global competition.

China to South Korea and Singapore: We will end your dominance in offshore rigs

China is challenging the traditional offshore oil rig manufacturing powerhouses Singapore and South Korea as Chinese shipyards like COSCO Corp. fight for a bigger market share in the industry. The Asian economic giant started making offshore rigs about seven years ago, but has grown to become the world’s no.3 rig builder as of 2012. It apparently does not intend to rest there.

There are 8 types of offshore rigs, namely drill barge, drill ship, inland barge, jack-up, platform rig, semi-submersible, submersible and tender. Jack-up and semi-submersible are the most popular type of rigs, with the 2 accounted for 63.5% of all offshore oil rigs around the world. Singapore is responsible for constructing 70% of all existing jack-up rigs across the globe, while South Korea built 88% of the semi-submersibles.

China shocked Singapore, traditionally the dominant producer of jack-ups, in 2009 when it outpaced the lion city in new orders. Likewise in 2006 and 2011, it ousted South Korea on semi-submersibles. Singapore and South Korea however, fought back and recaptured their leads.

“Over time there is no reason why Chinese yards could not be competitive internationally,” Scott Kerr, chief executive officer of Norwegian oil service company Sevan Drilling, told Reuters. Sevan has taken delivery of two ultra-deepwater rigs worth more than $1 billion from COSCO and has ordered another two such rigs from the shipbuilder, which operates seven yards in China, for delivery in 2013 and 2014. State-owned COSCO is China’s largest shipbuilder.

The Norwegian oil service company bypassed shipyards in South Korea and Singapore partly because their yards were almost full and the Chinese offered a competitive price, Kerr said. The better pricing had its downside though. COSCO dragged its feet on the delivery of the first rig, as the yard initially lacked some of the know-how to build and assemble sophisticated offshore equipment, he said. In the first six months of the year, as of June 2012, China secured 10.3% market share in the world’s offshore rig construction market, versus 37.9% for South Korea and 20.7% for Singapore, data from Credit Suisse shows. China’s poor showing is due to the ongoing concerns over quality and delivery reliability, and that Singapore and South Korea still have a competitive edge in deepwater rigs.

But with newly acquired expertise, foreign technology and cheaper prices, Beijing could become a major offshore oil equipment making hub in 10 years, just as Singapore and South Korea supplanted their rivals in the United States and Europe in the 1990s, industry watchers say. Strong financial backing from Chinese state banks also helps make payment terms attractive. Clients ordering from China could put down a fraction of the price as down payment, sometimes as little as one percent.

South Korea and Singapore are aware of this. “I am in Singapore. I talk to vessel builders all the time. Singaporeans are very worried about the Chinese shipyards,” said Jason Waldie, director of energy consultancy Douglas-Westwood. “The Koreans are also worried.” China aims to boost its market share of the global offshore energy equipment industry to 20% by 2015 and to 35% by 2020, the official Xinhua news agency said. Chinese yards received $4.7 billion in orders last year, according to Xinhua. 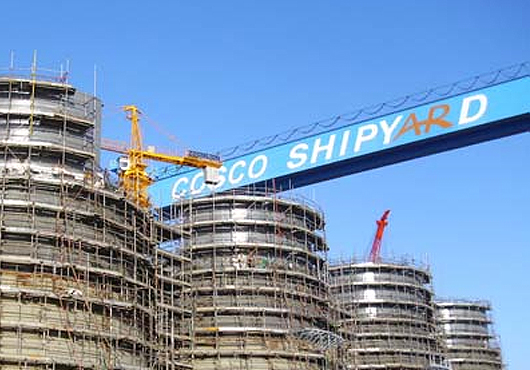 “There is an excess of shipbuilding capacity in China. To fill their yard capacity, definitely many Chinese yards will have to be more aggressive in the offshore equipment market,” said Gerald Wong, an analyst at Credit Suisse in Singapore. More than 28 Chinese yards have announced expansion plans to take on offshore projects, he said.

“They are a threat. They are coming fast. They will take over or be as competitive,” Sevan’s Kerr said of Chinese yards. “For the Koreans or the Singaporeans to say that’s not going to happen, they are kidding themselves.” Executives at South Korean rig makers however, shrugged off concerns about China, saying their yards producing deepwater rigs will continue to rule the roost for a long time.

“We are far ahead of the Chinese,” said Ahn Ik-chul, head of Daewoo Shipbuilding’s public relations, citing the solid track record of Korean yards in delivery reliability. By contrast, he said, China International Marine Containers (Group) Ltd, had suffered a series of delivery delays in recent years that irked customers including oil giant BP.

Big customers still turn to Singapore or Korean yards for quality. Denmark’s Maersk Drilling, a unit of A.P. Moller-Maersk, said last week it planned to pay up to $8 billion for seven new oil rigs by 2017. “We expect the new rigs will also be built in Singapore and South Korea. That’s where the quality is, and the marine engineering feat in Singapore and South Korea are globally renowned for that,” Maersk Drilling’s CEO Claus Hemmingsen told Reuters.

China and South Korea are already competing intensely in shipbuilding. In 2010, China overtook South Korea for the first time as the world’s largest shipbuilder. The Koreans regained this status in 2011. As of now, South Korea builds 37.45% of the world’s ships and vessels while China a close 33.7%, Singapore does not compete in shipbuilding due to limited land size for yards, but instead focused on another field. The island has 20% of the world market for ship repair, which effectively means one-fifth of the planet’s vessels are repaired in Singapore.