Chaos and confusion, says rep on Putrajaya’s decision to appoint own community leaders 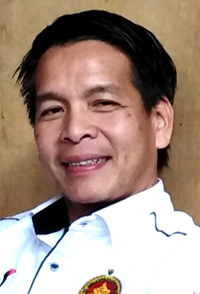 MIRI: The plan by the federal government to appoint its own community leaders in Sarawak would only bring chaos to the state’s administration works and create confusion among the people, says Telang Usan assemblyman Dennis Ngau.

He said the plan would go against the unique practice of administration works in Sarawak, which had always ensured that the people in the state would be able to enjoy their fair share.

“The Sarawak government has always placed the interest of the people in its administration, including the appointment of community leaders and village chiefs, especially among the Orang Ulu community,” he told The Borneo Post yesterday.

Dennis was responding to the announcement last Sunday by federal Housing and Local Government Deputy Minister R Sivarasa, that Putrajaya had decided to appoint its own community leaders in Sarawak and four other states, under a revamped system which would see the village security and development committee (JKKK) be replaced by the village community management council (MPKK).

Dennis, who is also Sarawak Kayan Association president and Federation of Orang Ulu Sarawak Malaysia vice-president, said the Orang Ulu community takes great pains when it comes to deciding the most suitable candidate to be appointed as a community leader or a headman.

“Probably, the federal government is not aware that there is a tradition which has been practised among the rural Orang Ulu community since time immemorial when it comes to the appointment of community leaders and headmen for their villages,” he added.

He said if the move by the federal government were to become a reality, he feared that it would have far-reaching effects on the Orang Ulu community, particularly on those from the ‘Hipun’ or ‘Maren Uma’ lineage.

“It is important for the ‘Hipun’ or ‘Maren Uma’ lineage to come together and strongly fight this move, which is against our community’s long-respected tradition.”

Rather than interfere with the community’s tradition practice, Dennis said the federal government should instead focus on delivering the promises made during the general election last year.