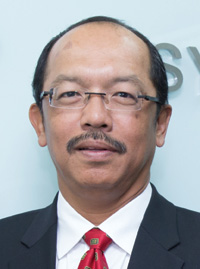 KUCHING: Syarikat Perumahan Negara Berhad (SPNB) – a company owned by Minister of Finance (Incorporated) under the supervision of the Minister of Housing and Local Government (since Aug 3) had built more than 100,000 houses nationwide including 70,000 affordable homes since its inception in 1997.

“At SPNB, we strive to provide homes which are cheaper and affordable. However, while price is an important factor, buyer’s satisfaction and comfort are still of utmost importance. We remain committed to building affordable houses of good quality,” said SPNB chief executive officer Dato Sri Ahmad Azizi Ali in a press release yesterday.

SPNB offers a wide range of products with different levels of affordability and preferences such as Rumah Mesra Rakyat (RMR) for the lower-income group and Rumah Idaman Rakyat (RIR) for the middle-income group.

“So far, we have built close to 5,500 affordable homes for Sarawak. Our track record in Sarawak and Malaysia makes us the key federal agency in Malaysia and Sarawak in the delivery of affordable homes nationwide,” he said.

Ahmad also acknowledged the role played by Naim Group of Companies, the appointed contractor for SPNB’s affordable housing projects in Kuching and Miri.

“We have always emphasised a culture of co-operation and teamwork, values which have been present throughout our collaboration with Naim. We acknowledge the positive and important role that Naim, as an established and responsible contractor has contributed to our projects.”

He also thanked Chief Minister Datuk Pattingi Abang Johari Tun Openg who has always been supportive of affordable housing development since his tenure as the Minister of Housing.

Ahmad also added plans are in the pipeline to build another 2,341 units of affordable houses in Miri and Kuching.

In terms of reaching out to SPNB’s target group, he explained SPNB has a user-friendly digital platform to disseminate information about its development and application procedure besides going to the ground and hold roadshows.

“Applicants can register their interests via our website for convenience. Generally, we try to make policies and procedures simpler to understand and execute.

“SPNB’s track record of having more than 21 years’ experience in building affordable homes in Malaysia and its customer base are testaments of its commitment and efforts.

“We thank the government and our communities for the trust in us, and we look forward to continuing being a partner in our nation’s affordable housing agenda,” he said.